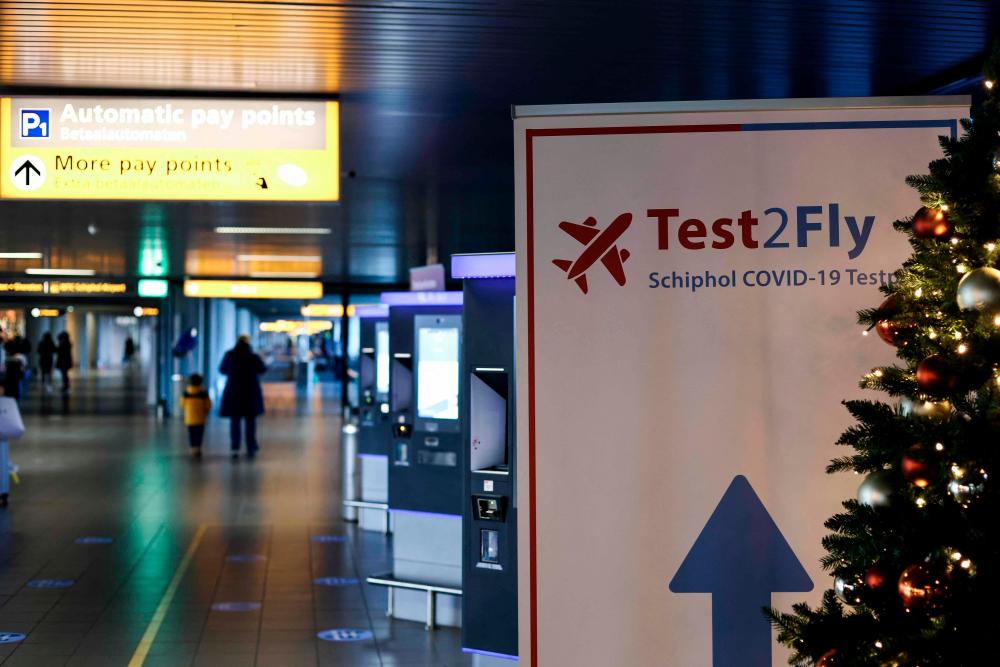 Dutch health authorities said November 29 they have found another case of the new Omicron Covid-19 variant among passengers arriving from South Africa, bringing the total to 14. -AFPpix

JOHANNESBURG: Southern African leaders have expressed disappointment over decisions taken by several countries to ban travel from half a dozen Southern African Development Community member states (SADC) following the detection of the new Omicron variant of the Covid-19.

“The unilateral travel bans now imposed on SADC countries by the United Kingdom, European Union, United States and others are uncalled for. Covid-19 measures must be based on science, not Afrophobia,” Lazarus Chakwera, Malawi’s president, who is also chairman of the SADC, said late Sunday in a brief statement on his official Facebook page.

“We must resist unjustified and unscientific travel restrictions that only serve to disadvantage developing economies,” Ramaphosa said.

Last week, South African scientists announced that they had discovered a new Covid-19 variant with a large number of mutations compared to previous variants and reported it to the World Health Organisation (WHO), which named it Omicron.

Ramaphosa said the emergence of the Omicron variant should be a wake-up call to the world that vaccine inequality cannot be allowed to continue.