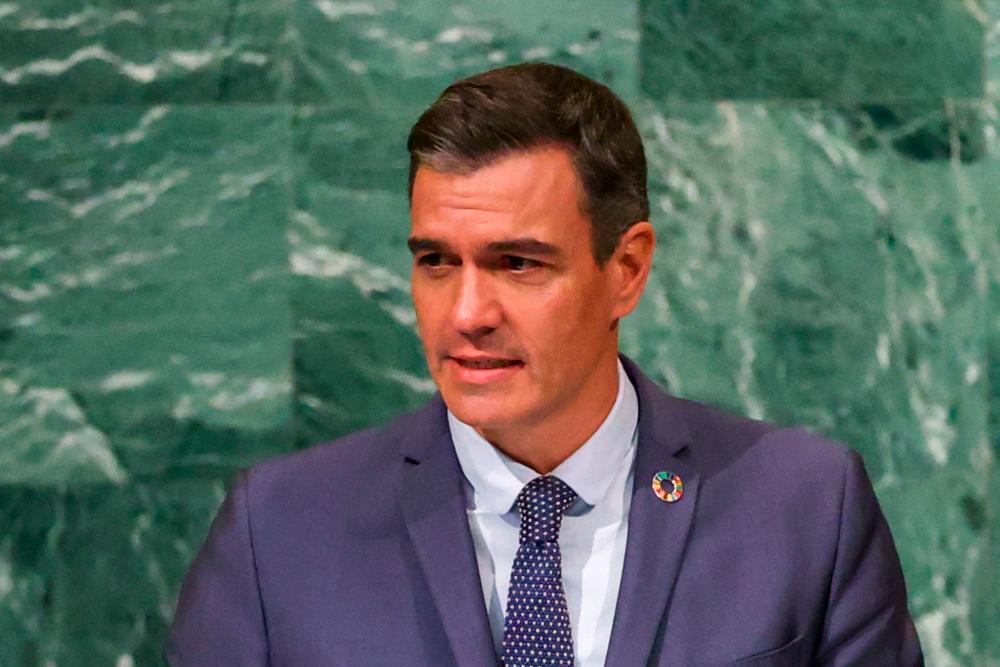 MADRID: A summit grouping nine southern European countries that was due to take place in Spain on Friday has been postponed because Prime Minister Pedro Sanchez has Covid-19, his office said Thursday.

The EuroMed 9, which groups Croatia, Cyprus, France, Greece, Italy, Malta, Portugal, Slovenia and Spain, was to have gathered in the southeastern city of Alicante on September 30.

Sanchez, who was to host the summit, had on Sunday confirmed having Covid, and by Thursday he was still testing positive, his office said.

“This morning, Prime Minister Pedro Sanchez took a diagnostic test and was still positive for Covid-19,“ it said.

“As a precaution, the decision has been taken to postpone the MED-9 summit which was going to be held in Alicante tomorrow.”

It did not give a new date for the summit.

Sanchez tested positive several days after flying back from the UN General Assembly in New York. He has since suspended much of his agenda but has continued attending events online.

Nine heads of state and government had been due to attend Friday's summit, among them French President Emmanuel Macron and outgoing Italian Prime Minister Mario Draghi.

European Commission President Ursula von der Leyen and EU council President Charles Michel were also due to attend for a summit focused on the energy crisis facing Europe as a result of Russia's war in Ukraine.

The EuroMed group was created in 2016 to strengthen the cooperation between Mediterranean and southern EU member states. - AFP