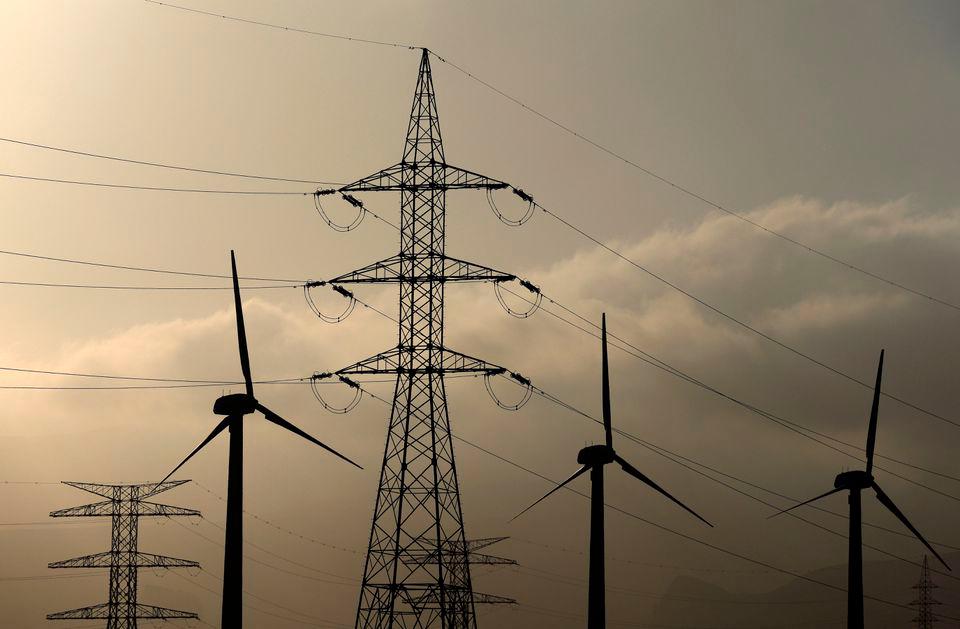 High-voltage power lines and an electricity pylon next to a group of wind turbines are pictured in Barranco de Tirajana, in the island of Gran Canaria, Spain, May 11, 2022. REUTERSPIX

MADRID: Spain will cut the value-added tax on electricity by half to shield consumers from soaring inflation fuelled by Russia's invasion of Ukraine, Prime Minister Pedro Sanchez said Wednesday.

The announcement comes after Sanchez's Socialists were thrashed Sunday in a regional election in Andalusia, a longtime party stronghold.

Sanchez told parliament the VAT reduction, from 10 percent to five percent, would be approved at an extraordinary cabinet meeting on Saturday “to continue to protect citizens from the effects of the war.”

His government last year slashed the VAT rate on electricity to 10 percent from 21 percent to ease the impact of electricity price rises on consumers.

The latest tax cut will be part of a package of measures which will be adopted on Saturday to help consumers deal with rising inflation, which hit 8.7 percent in May, its highest level in decades.

The government did not provide further details on what measures will be adopted.

It adopted a first multi-billion euro emergency package to cushion businesses and consumers from soaring energy prices in March.

“Inflation is hitting families hard. ... The government has acted quickly and decisively, but it is still not enough,“ she tweeted.

Spain's main opposition conservative Popular Party won Sunday's election in Andalusia in a landslide, capturing 58 seats in the 109-seat regional parliament, its first ever absolute majority in the southern region.

The Socialists won just 30 seats, its worst ever result in Spain's most populous region. - AFP