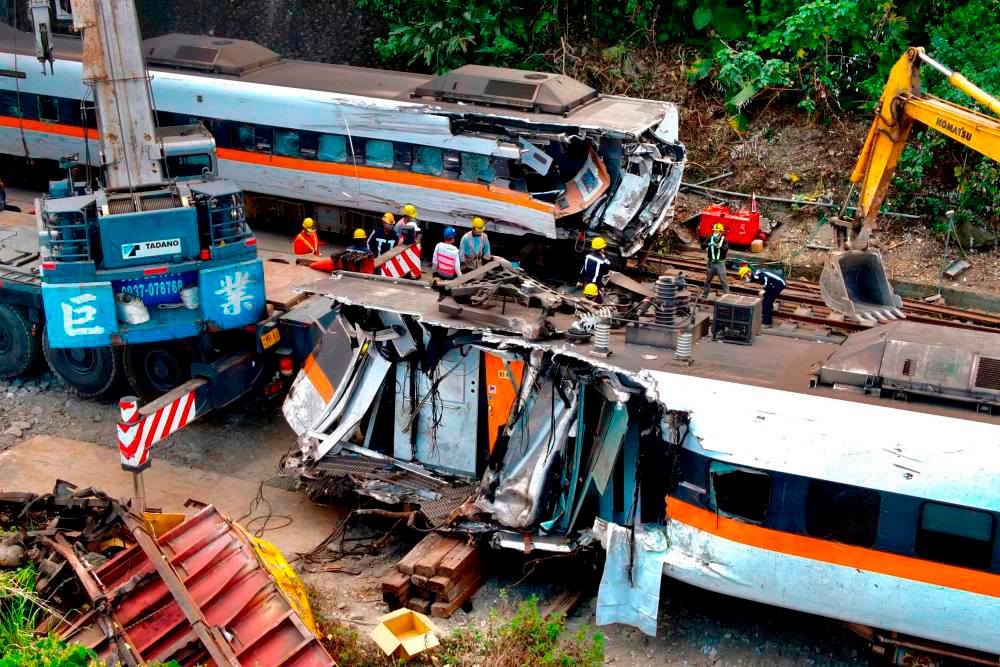 MADRID: The driver of a train that crashed in Spain in 2013 killing 80 people apologised again to relatives of the victims on Thursday as he took the stand at his trial.

“I repeat my request that the victims forgive me,“ Francisco Garzon told the court in the northwestern city of Santiago de Compostela in a faltering voice.

A probe of the July 24, 2013, derailment showed the train was travelling at 179 kilometres per hour (111 miles per hour), more than twice the speed limit for that stretch of track, as it hurtled round a sharp bend on the outskirts of Santiago.

The train ploughed into a concrete siding, leaving 80 people dead and about 145 injured in Spain’s deadliest train tragedy since 1944.

Investigators said the tragedy resulted from a lapse in attention by the 52-year-old driver, who ended a phone call with the on-board conductor just moments before the train lurched off the rails.

But Garzon told the court the lack of signals warning him to reduce speed before the curve were also to blame for the accident.

“No traffic light, no beacon, nothing at all,“ he said.

Prosecutors are seeking four-year prison sentences for Garzon and the former safety director at state rail operator ADIF, Andres Cortabitarte, over their alleged role in the accident.

Both are facing charges of “homicide due to gross professional negligence”.

Garzon had already apologised to relatives of the victims in a letter published on the one-year anniversary of the accident, saying he felt “a lot of grief and pain”.

Cortabitarte is due to take the stand next week. He was jeered as he left the court after the first day of the trial on Wednesday and was punched by a protester.

The court will hear witness testimony from 669 people during the trial, which is scheduled to run until February 10.-AFP