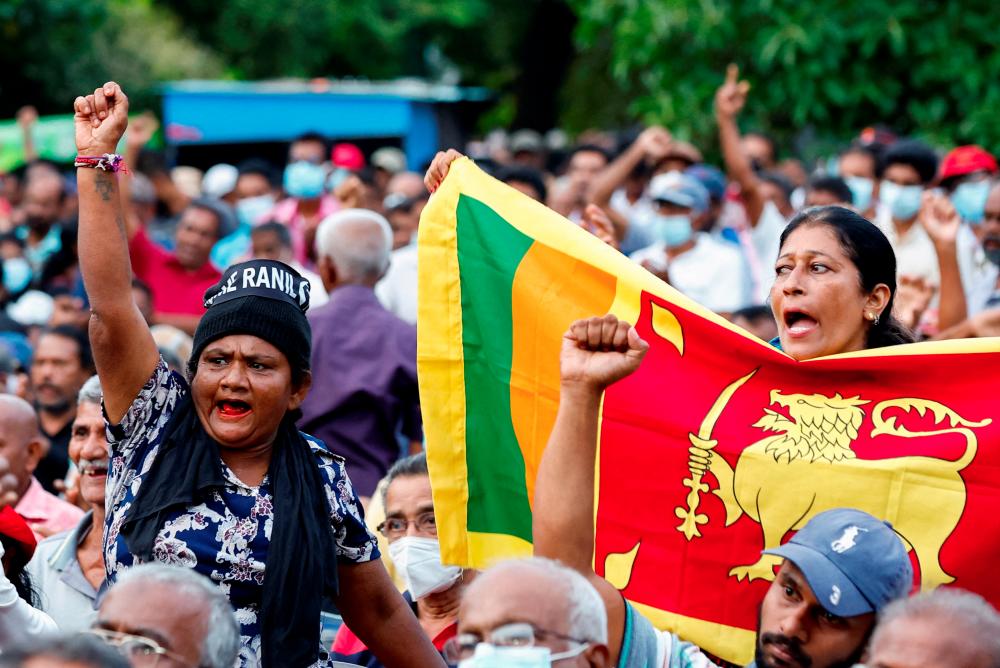 GENEVA: Sri Lanka must immediately reverse its “drift towards militarisation”, the United Nations said Tuesday in a human rights report on a country facing political unrest and its worst economic crisis.

“The new government should immediately reverse the drift towards militarisation, end the reliance on draconian security laws and crackdowns on peaceful protest,“ the UN Human Rights Office said in its latest report.

It added that the government should also “show renewed commitment to security sector reform and ending impunity”.

The South Asian island nation has suffered acute food and fuel shortages, lengthy blackouts and spiralling inflation this year after running out of foreign currency to import essentials.

Its government defaulted on its $51-billion foreign debt in April and is in ongoing negotiations for an International Monetary Fund bailout.

Former UN High Commissioner for Human Rights Michelle Bachelet, whose term ended last month, said in the report that those responsible for bankrupting the island should be prosecuted.

It was the first time the UN rights office raised the economic crisis, in a report repeating its calls for those who perpetrated atrocities during the island’s long civil war to be brought to justice.

“The High Commissioner encourages the international community to support Sri Lanka in its recovery, but also in addressing the underlying causes of the crisis, including impunity for human rights violations and economic crimes,“ the 16-page report said.

The office of the high commissioner also asked Sri Lanka’s new government to support the investigation of economic crimes and the tracing and recovery of stolen assets.

Sri Lanka has been resisting international calls to investigate allegations that its troops killed at least 40,000 Tamil civilians in the final months of the decades-long civil war that ended in 2009. - AFP