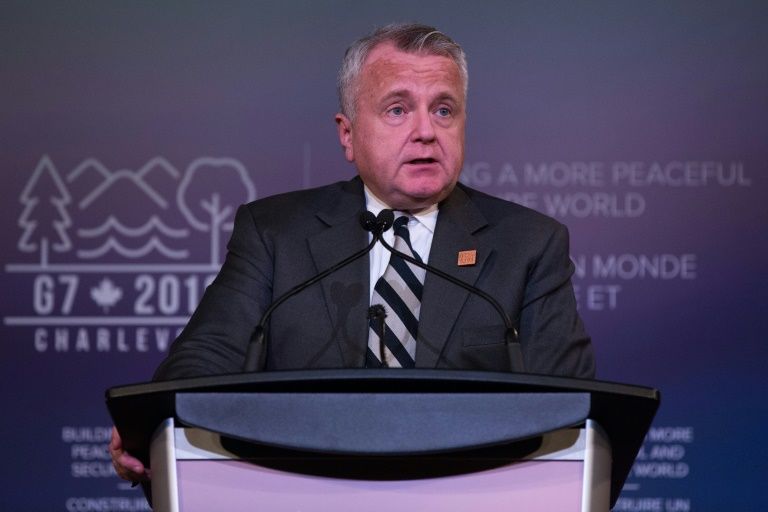 US President Donald Trump said John Sullivan, pictured in April 2018, “could very well be” nominated as the next US ambassador to Russia. — AFP

WASHINGTON: US Department of State number two John Sullivan is expected to be nominated as the new ambassador to Russia, a sensitive position given Donald Trump’s mixed relations with Moscow.

“He’s somebody that’s being put up and respected very much,“ Trump told reporters when asked if Sullivan — the deputy secretary of state — was under consideration to replace former ambassador Jon Huntsman, who left the position earlier this month.

“I know (Secretary of State) Mike Pompeo likes him very much,“ Trump said of Sullivan’s boss.

Trump added that Sullivan “could very well be” the nominee, but the president has yet to announce his official choice, who would need to be confirmed by the Senate.

The New York Times reported Tuesday that Trump intends to nominate Sullivan, 59, who has served as deputy secretary of state since May 2017 and temporarily headed the department for a month in the spring of 2018 after Rex Tillerson’s dismissal.

The affable but reserved lawyer has also worked in the departments of justice, defense and commerce under previous administrations, as well as in the private sector.

Although he is not considered a specialist on Russia, Sullivan did lead an American delegation in mid-July for security talks in Geneva, where the US side expressed “concerns about Russia’s development and deployment of non-strategic nuclear weapons.”

The position of ambassador to Russia has always been a delicate one, but has become increasingly so since Trump arrived at the White House.

US intelligence agencies accused Russia of interfering in the 2016 presidential election, and special counsel Robert Mueller conducted a two-year-long investigation of the matter.

Mueller ruled in the end that there was not enough evidence to recommend charges of criminal conspiracy, but his report on the investigation detailed a disturbing number of contacts between the Trump campaign and Russia in 2016.

Trump has repeatedly indicated a desire to restore relations with Russian President Vladimir Putin, although other US officials have taken a more hardline stance against Moscow.

On Tuesday, Trump said he was in favor of returning to the G8 meetings with the reinstatement of Russia, which had been removed from the group in 2014 following its invasion and annexation of Crimea. — AFP