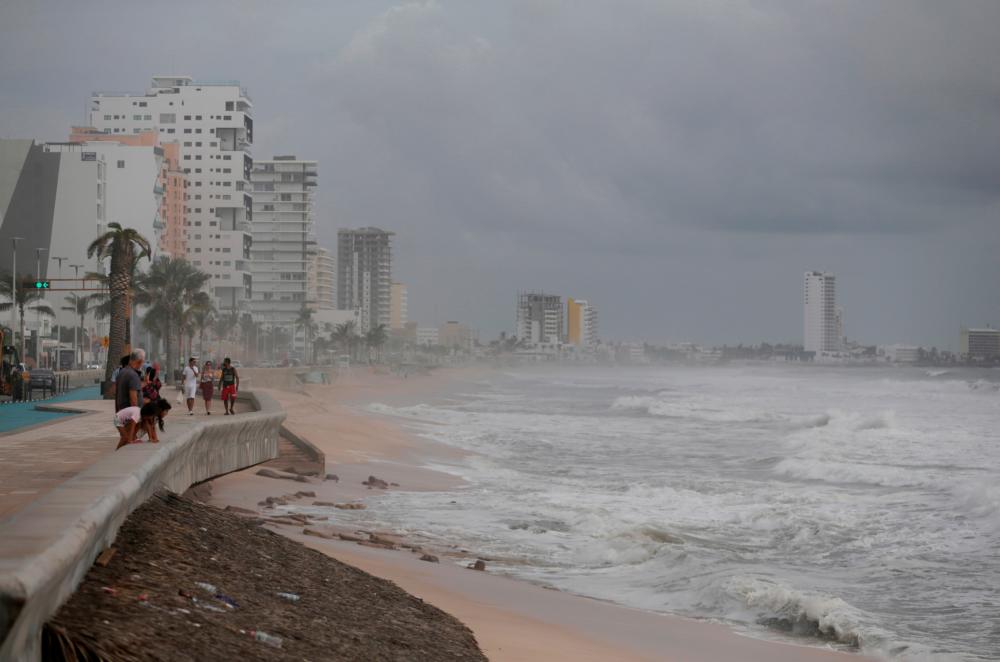 MONTERREY, Mexico: Storm Pamela weakened on Tuesday on its path toward Mexico's western coast, although the U.S. National Hurricane Center (NHC) predicted it will strengthen into a hurricane again before crashing into the fertile farm state of Sinaloa.

Sinaloa is the country's top grower of corn, Mexico's staple grain, as well as a major producer of tomatoes and other fruits that figure prominently in the country's agricultural exports to the United States.

The storm was located about 240 miles (385 km) southwest of the major Sinaloa beach resort of Mazatlan, the latest NHC advisory showed. The NHC estimated Pamela would build into a hurricane again before it hits the coast on Wednesday morning.

Pamela packed maximum sustained winds of 70 miles per hour (110 kph) on Tuesday afternoon, the NHC said, with the center expected to pass far south of the southern tip of the Baja California peninsula through the evening.

Pamela is expected to drench Sinaloa, which in recent months has suffered dry weather seen as potentially hurting agricultural production.

A tropical storm watch extends from the fishing village of Los Barriles on the Sea of Cortes side of Mexico's Baja peninsula down to the southern tip at Cabo San Lucas.

But Pamela's fury is seen mostly targeting Mexico's southwest mainland, with "large and destructive waves" near the coast and rainfall of between 4 inched and 12 inches (10 and 30 cm) seen hitting both Sinaloa and the neighboring state of Durango.

The storm was churning northward at about 9 miles per hour (15 kph) on Tuesday afternoon.

"This rainfall may trigger significant and life-threatening flash flooding and mudslides," the NHC added.

Last year, Sinaloa alone produced more than 380,000 tonnes of tomatoes, or nearly a fifth of national output and overwhelmingly destined for export, according to government data.-Reuters