Strong quake rattles island of Crete, some reports of damages 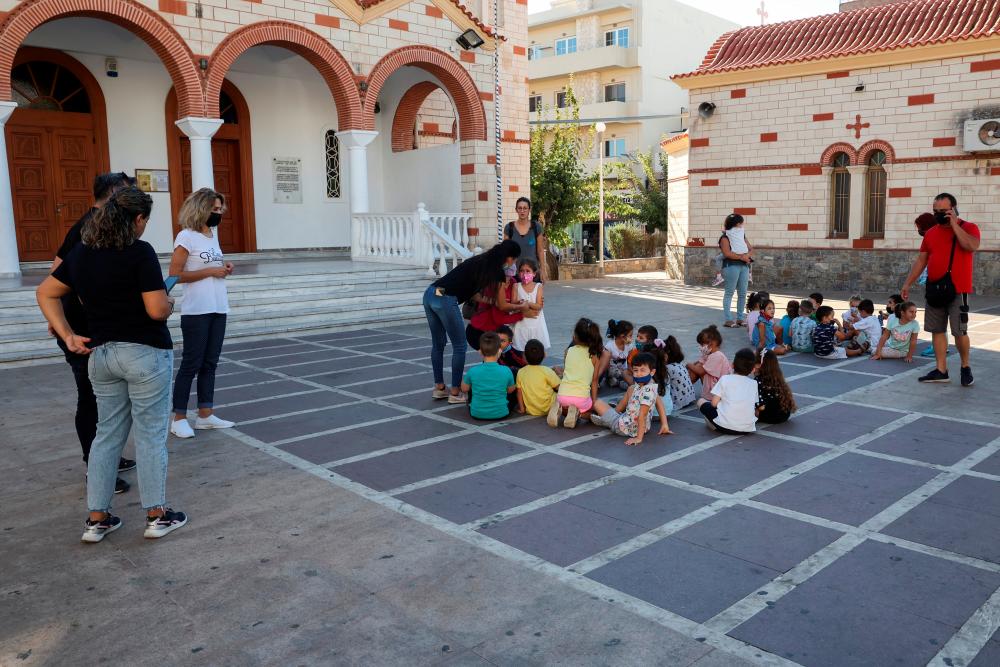 Students and their teachers are seen at a square following an earthquake in Heraklion, on the island of Crete, Greece, September 27, 2021. REUTERSpix

ATHENS: A strong earthquake measuring 5.8 shook the island of Crete in southern Greece on Monday, the Athens Geodynamic Institute said, sending people out of their homes and buildings.

There were no reports of any injuries though two people were trapped in damaged buildings, the authorities said.

Earlier the European Mediterranean Seismological Centre (EMSC) said the earthquake reached a magnitude of 6.5, while the United States Geological Survey (USGS) put it at 6.0.

. The epicentre of the quake was 23 kilometres (14 miles) northwest of Arvi at a depth of 10 kilometres, the institute in Athens said.

The mayor of Arkalohori village told Skai TV two churches and other buildings at the village had been damaged and two people were trapped, one in a church when the dome collapsed during maintenance work, and another in a home. -Reuters

Coraza to ride on semiconductor upcycle

Top diplomats for US, Russia meet in Geneva on soaring Ukraine tensions

2.Coraza to ride on semiconductor upcycle

5.Top diplomats for US, Russia meet in Geneva on soaring Ukraine tensions