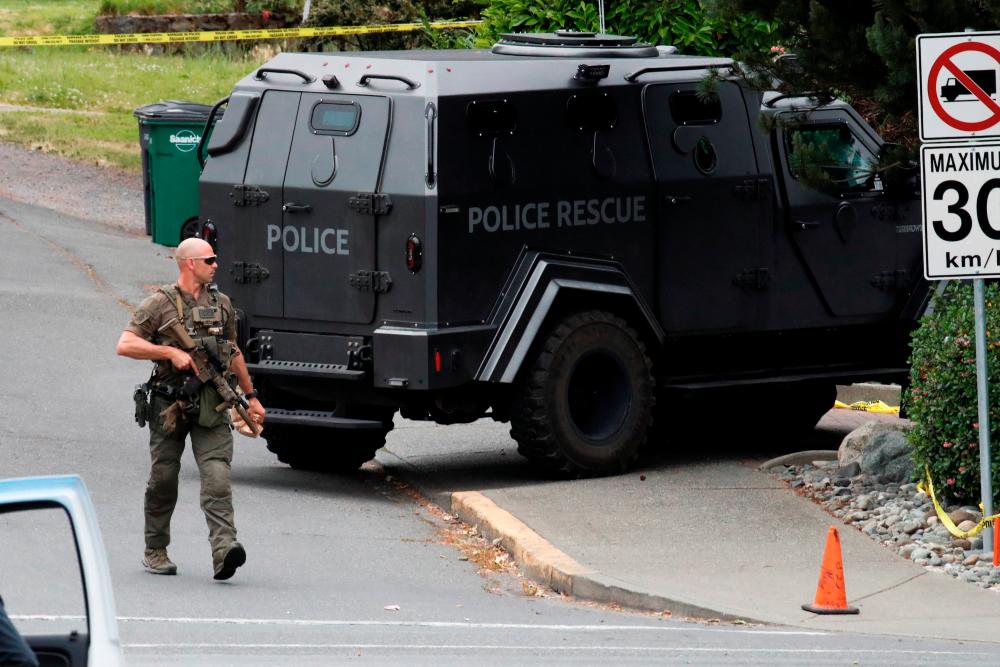 A police officer looks on after two armed men entering a bank were killed in a shootout with the police in Saanich, British Columbia, Canada June 28, 2022. REUTERSPIX

BRITISH COLUMBIA: Two armed suspects are dead and six police officers were shot at a bank in British Columbia in Canada, during an incident that also prompted the evacuation of nearby homes over a possible explosive device, police said yesterday.

“This remains an ongoing police incident with a heavy police presence in the area,” according to a statement that Saanich police posted on their website.

“Homes and businesses in close proximity to the scene of the incident have been evacuated due to the presence of a potential explosive device in a vehicle associated to the suspects.”

“We anticipate that some officers will be released following emergency treatment, whereas other officers sustained serious injuries and have been taken into surgery,” it said.

Saanich, on Vancouver Island, is located in the southwest of Canada close to the border with the US state of Washington. — Reuters