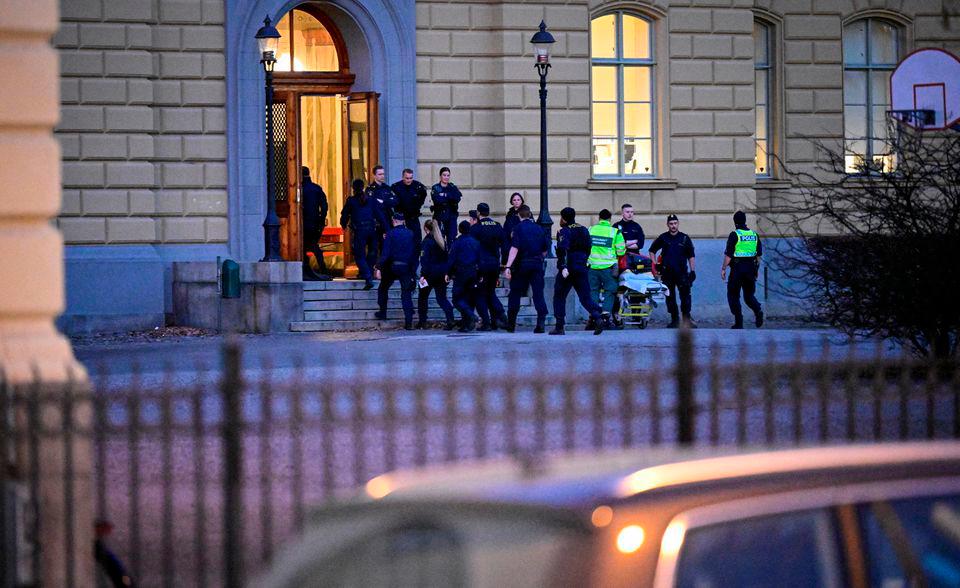 FILE PHOTO: Police officers and ambulance personnel attend at the scene of a crime by a school in Malmo, Sweden March 21, 2022.

STOCKHOLM: A Swedish court on Thursday sentenced an 18-year-old student to life in jail for killing two teachers with an axe in March, believed to be the youngest person to receive the sentence in Sweden's modern history.

The young man was arrested shortly after the attack at Malmo Latin School, a creative arts high school, which has more than 1,000 students in Sweden's third-biggest city Malmo in southern Sweden.

“These are two very brutal murders where the victims greatly suffered and experienced severe fear of death,“ judge Johan Kvart said in a statement, adding that the teen’s actions could not be seen as anything other than “particularly ruthless.”

The sentencing comes after the country amended a law under which young offenders used to receive more lenient sentences for grave crimes, and legal sources said the student is believed to be the youngest person to be given a life sentence in Sweden's modern history.

The court said it had not been able to establish a clear motive.

The young man admitted to the actions and told the court he felt there was no place in society for him, but said he expected to die in the attack.

A psychiatric evaluation showed the man was on the autism spectrum, but according to the court there was nothing to indicate that he was suffering from a “severe psychiatric disorder.”

The accused's lawyer, Anders Elison, had however argued for a more lenient sentence due to his client's psychiatric issues.

He told local media he would appeal the ruling.

A life sentence in Sweden technically has no end date, but after 10 years the prisoner can apply to have their sentence commuted to a specific prison term, which is often granted -- meaning in practice a life sentence is on average 16 years, according to Sweden's prison service. - AFP