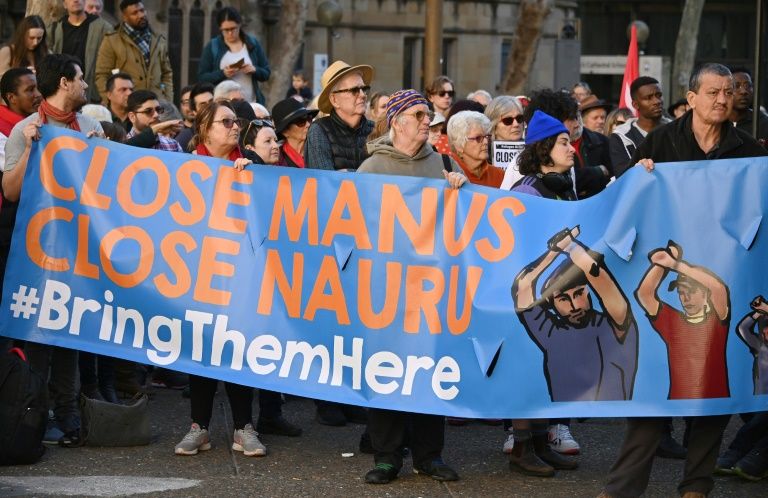 Police and immigration officials said talks had begun with Australia to close the facilities, which have seen riots, hunger strikes and suicide attempts by migrants housed there under Canberra’s strict policies.

Australia turns back any migrants — including would-be refugees — heading to the country by boat, sending them to offshore detention centres on Papua New Guinea’s Manus Island and in the small Pacific nation of Nauru.

During a visit to Australia last month, Papua New Guinea Prime Minister James Marape pressed for a timeline to resettle the last asylum seekers on Manus but appeared to come away empty-handed.

On Monday refugees said they had been given an offer to move off the island to Port Moresby, rekindling speculation about the future of the facility.

“The closure issue has only been discussed and has not been confirmed,“ Manus Provincial Police Commander David Yapu told AFP. “There is no definite closure date given for the processing centre.”

Official figures are not frequently updated and are opaque, but around 450 men were believed to still be on the island in late July.

Women and children have already been moved out of the camp and dozens of men without refugee status were recently shipped out to a facility linked to Port Moresby’s most notorious jail.

While the offer does not mean “permanent settlement in PNG”, refugees “are not subject to immigration detention”, the notification said, without explaining further.

Immigration Minister Petrus Thomas told AFP there was no firm plan to close the island centres, but he confirmed talks were taking place.

“Manus remains a sensitive issue,“ he told AFP. “We are still discussing everything for (the) long term.”

The issue has become a point of contention in relations between Canberra and Port Moresby and any solution is likely to take time to implement.

But Australia has defended the policy, which remains popular with the government’s conservative base and is vehemently supported by the country’s hardline home affairs minister, Peter Dutton. — AFP