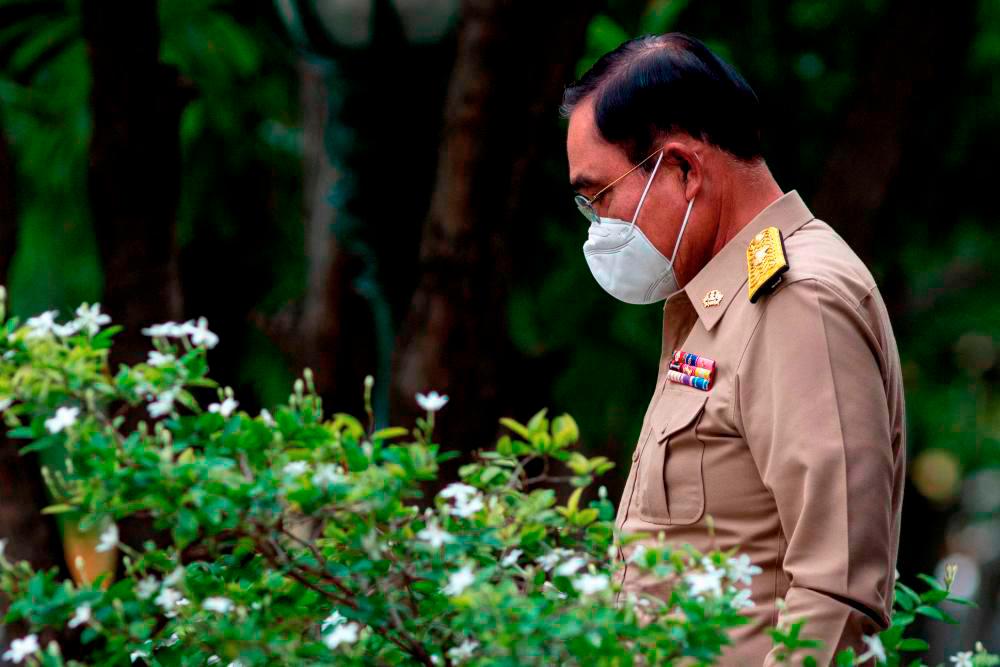 BANGKOK: A Thai court is set to rule today on whether suspended prime minister Prayut Chan-O-Cha (pix) should be reinstated or thrown out of office permanently, with a verdict in his favour likely to trigger protests.

The former army chief, who came to power in a 2014 military coup, was suspended last month while the court examined a legal challenge mounted by opposition parties who argued he had reached his term limit in power.

Under the 2017 Thai constitution, a prime minister cannot serve more than eight years in office, but Prayut’s supporters and critics disagree as to when his term began.

The court ruling is expected to be announced at 3pm today.

His supporters argue the clock started when the 2017 constitution was enacted — or even after the 2019 general election, in which Prayut stayed in power thanks to the army-scripted constitutional provisions which critics say gave him an advantage.

If the court agrees, he could continue to serve until 2025 or 2027 — depending on an upcoming national poll, which must be held within months.

“There is really a high, high chance he will survive,” she told AFP ahead of today’s ruling.

Following Prayut’s suspension in August, his deputy Prawit Wongsuwan took over as caretaker prime minister, while Prayut continued to serve as defence minister.

The suspension has been hugely damaging to Prayut, Napisa said, causing him to “lose face” in the eyes of voters.

The ruling comes ahead of the national elections, which must be called by March 2023.

Prayut and his Palang Pracharat Party are increasingly out of favour with voters, as an underperforming Thai economy hurts households.

A survey of 2,500 people earlier this month by the National Institute of Development Administration found that only 10.5% of respondents supported Prayut, who ranked a lowly fourth as a potential prime ministerial candidate.

If the court ruling goes in his favour the city could see protests, Napisa said.

“I think there will be protests in the street and demonstrations in Bangkok against the ruling,” Napisa said.

At least three protest groups — which came to prominence during 2020’s massive pro-democracy rallies — said yesterday they would demonstrate should Prayut carry the day.

Deputy national police spokesman Kissana Phathanacharoen told AFP officers would be deployed to provide security near the court and in Bangkok’s shopping mall district, a popular location for previous protests.

Meanwhile, officials announced late yesterday there would be a restricted zone around the court. - AFP