Thailand’s next General Election expected on May 7, 2023 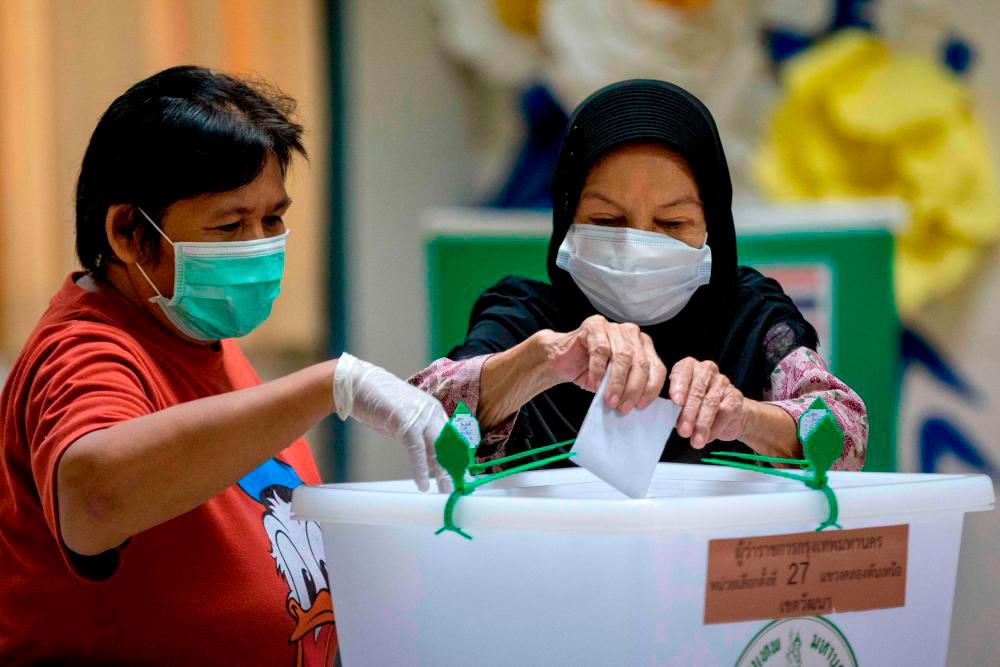 A woman casts her vote in the governor elections in Bangkok on May 22, 2022. AFPPIX

BANGKOK: The Election Commission (EC) of Thailand on Tuesday announced the coming general election could be held on May 7, 2023, if the House of Representatives completes its full four-year term that expires on coming March 23.

The EC in a statement said candidates in the upcoming general election can kick-off their campaign starting Sept 24, 180 days before the government’s term ends, according to the Constitution.

Under Section 102 of the Constitution, a general election must be held within 45 days of the end of the House’s term on March 23.

Registration for candidacy is expected to be held from April 3 to 7 and list of candidates will be announced on April 14.

The EC is expected to draw up rules and guidelines for upcoming general election.

The EC has to announce the election date within five days after the dissolution of the assembly. - Bernama