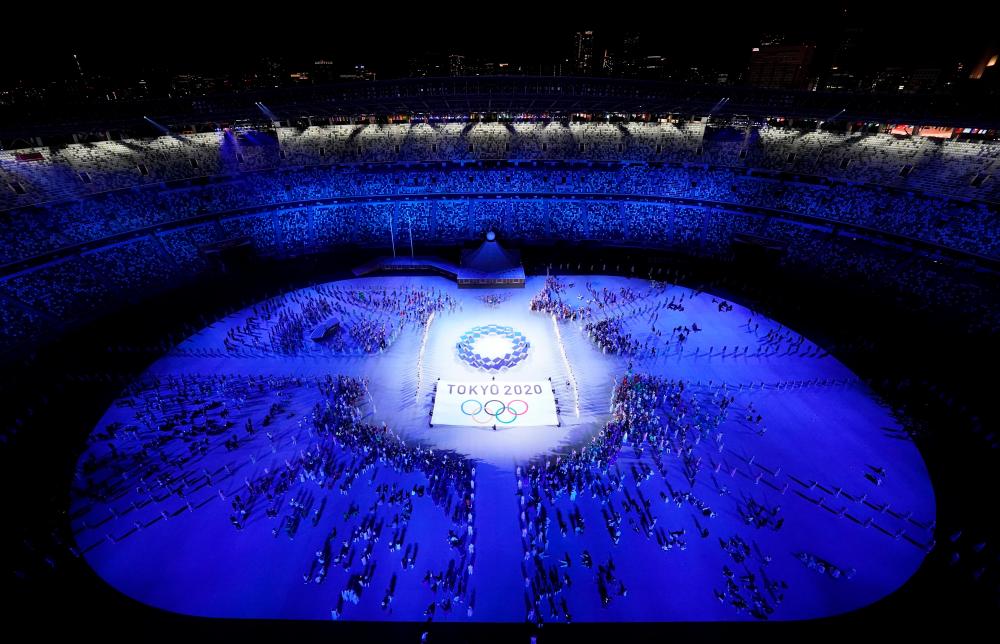 NBC's broadcast of the Tokyo Olympic Games opening ceremony drew 16.7 million viewers, the smallest U.S. television audience for the event in the past 33 years, according to preliminary data from Comcast-owned NBCUniversal on Saturday.

Across all platforms, including NBCOlympics.com and the NBC Sports app, 17 million people watched the ceremony, NBCUniversal said in an email.

The streaming audience on those platforms grew 76% from the 2018 PyeongChang opening ceremony and 72% from the 2016 Rio opener, reflecting a change in viewing habits.

It was the lowest audience for the opening ceremony since the 1988 Seoul Games, which attracted 22.7 million TV viewers. It was also lower than the 1992 Barcelona Games, when 21.6 million people tuned in, according to Nielsen data.

The Rio, London, Barcelona and Seoul numbers reflect final ratings data not yet available for the Tokyo Games opener.

As a result of the Covid-19 pandemic, Friday's scaled-down opening event took place with fewer than 1,000 attendees at the Olympic Stadium under strict social distancing rules.

With Tokyo 13 hours ahead of the US East Coast, NBC for the first time broadcast the ceremony live in the morning, at 6:55 a.m. ET Friday. NBC's taped, primetime broadcast began at 7:30 p.m. ET.

In its primetime coverage, NBC acknowledged the pandemic and its toll while presenting the Olympics as a positive event.

“Absence makes the heart grow fonder,“ said host Savannah Guthrie, co-anchor of NBC News’ “Today” morning show. “There’s nothing like an opening ceremony to really get you excited for the Olympic Games.”

NBCUniversal has aggressively pushed its digital platforms this year and views the Olympics as a vital driver of subscribers for its Peacock streaming service.

The company plans to air an “unprecedented” 7,000 hours of Olympics coverage across its multiple television networks and Peacock. These include some of the most anticipated events, such as gymnastics and U.S. Men’s basketball, on the streaming platform. It will also stream over 5,500 hours of the Olympics on NBCOlympics.com and its sports app.

Not all athletes were present at the teams' parade during the opening ceremony, due to rules that require many to fly in just before their competitions and leave shortly after to limit social contact.

The TV ratings drop is part of a trend among live TV events, including awards shows and sports.

February's Super Bowl broadcast on CBS, a ViacomCBS unit, attracted an average of about 92 million viewers, according to Nielsen data, the lowest since 2006. The April Oscars telecast on Walt Disney Co's ABC broadcast network averaged 10.4 million, a record low, Nielsen said. Audiences for the most recent Emmys and Grammys also hit new lows.

NBCUniversal, which paid $7.65 billion to extend its U. broadcast rights for the Olympics through 2032, is framing the games as a “healing” event, despite skepticism from many Japanese citizens about the wisdom of holding even a scaled-down Games during a pandemic.

In June NBCUniversal said it had signed over 120 advertisers for the games, more than any other Olympics broadcast. An NBCUniversal spokesperson said that month the company was on track to exceed the $1.2 billion in ads sold for the 2016 Rio Olympics, but declined to say whether it would beat the $1.25 billion sold last year before the Tokyo Games were postponed.

Ratings are not an indication of profitability. Despite a drop in overall viewership from the 2012 London Olympics, NBC earned more than $250 million from its Rio Olympics coverage, with ad sales up more than 20% from London.

In June NBCUniversal Chief Executive Jeff Shell said the Tokyo Games could be the most profitable Olympics in NBC's history. -Reuters