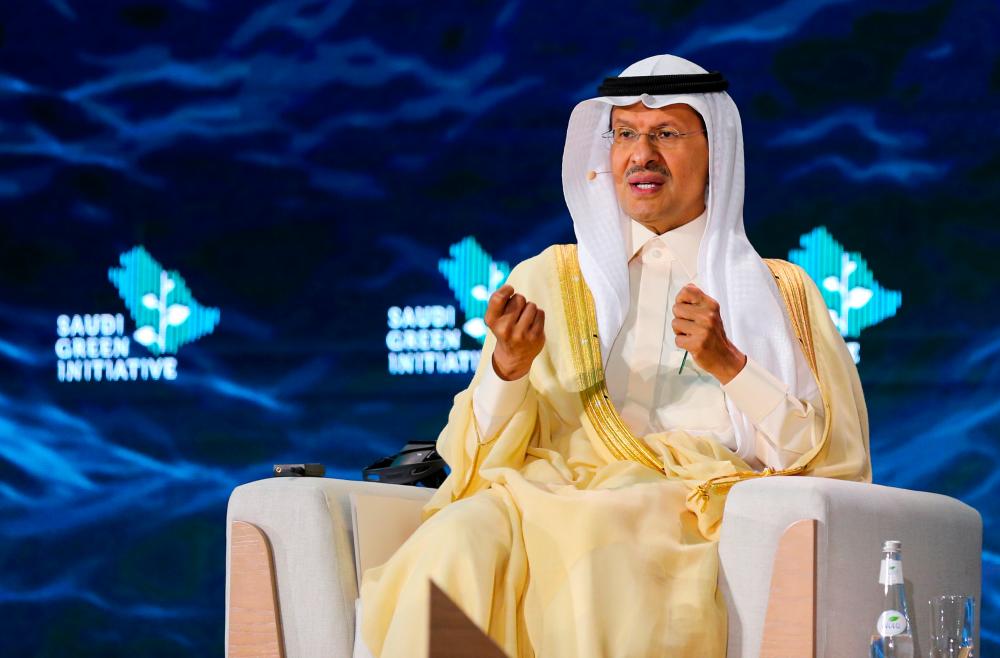 He also said it would double the emissions cuts it plans to achieve by 2030.

They were speaking at the Saudi Green Initiative (SGI) ahead of COP26, the UN climate conference in Glasgow at the end of the month, which hopes to agree deeper global emissions cuts to tackle global warming.

Amin Nasser, chief executive of the state oil giant Saudi Aramco, said it was counterproductive to "demonise" hydrocarbons. He said Aramco aimed to expand its oil and gas production capacity while also achieving net zero emissions from its own operations by 2050.

Prince Mohammed said in recorded remarks that the kingdom aimed to reach net zero by 2060 under its circular carbon economy programme, "while maintaining its leading role in strengthening security and stability of global oil markets".

He said Saudi Arabia would join a global initiative on slashing emissions of methane by 30% from 2020 levels by 2030, which both the United States and the EU have been pressing.

US climate envoy John Kerry is due to attend a wider Middle East green summit in Riyadh on Monday.

The SGI aims to eliminate 278 million tonnes of carbon dioxide emissions per year by 2030, up from a previous target of 130 million tonnes. The crown prince said the SGI initiative would involve investments of over 700 billion riyals ($190 billion) in that time period.

"It has to be a comprehensive solution," he said. "We need to be inclusive, and inclusivity requires being open to accept others' efforts as long as they are going to reduce emissions."

He said the kingdom's younger generation "will not wait for us to change their future".

He said net zero might be achieved before 2060 but the kingdom needed time to do things "properly".

Another Gulf oil producer, the United Arab Emirates, this month announced a plan for net zero emissions by 2050.

It does, however, have plans to build a $5 billion plant to produce hydrogen, a clean fuel, and state-linked entities are pivoting to green fundraising. -Reuters

3.Long way yet to be plastic-free

4.Going off meat at early age