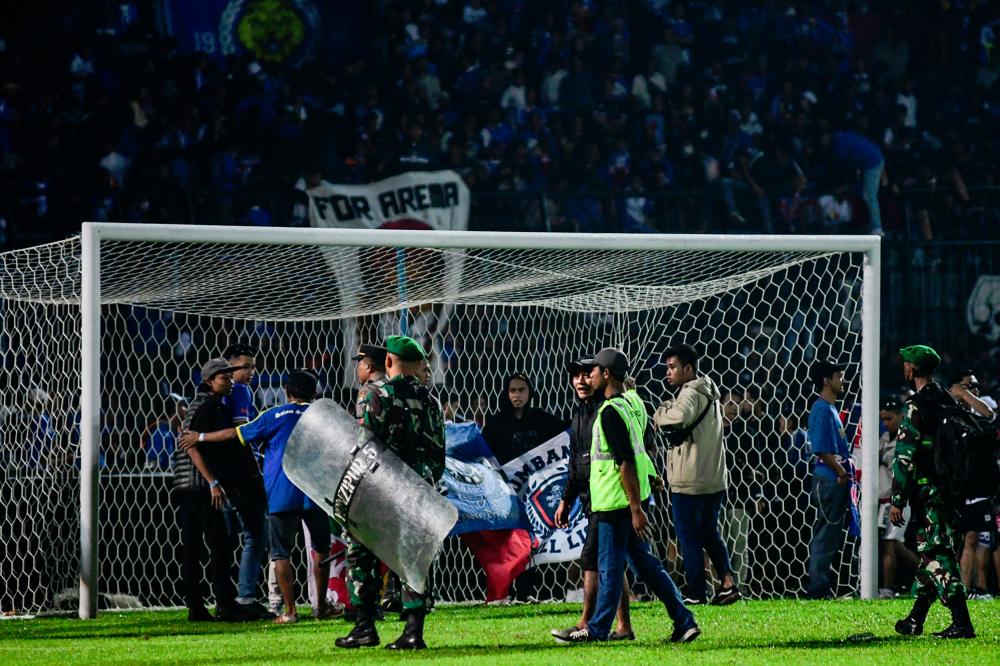 JAKARTA: The Indonesian Military (TNI) has assured that it will prosecute its members who committed violence while dispersing riots in the October 1 tragedy at the Kanjuruhan Stadium, Malang, East Java, which claimed 125 lives.

“The actions (of TNI personnels) in the video that went viral yesterday were not in the context of self-defence. It is a criminal act because civilians may never want to confront the army,“ he said as quoted by local media.

Andika also urged the public to send videos of the actions of military personnel who committed extreme violence during the incident to the military.

In a video that went viral on social media, members of the military who were also involved in security at the stadium acted violently by kicking football fans.

Meanwhile, the Indonesian Police fired Malang’s police chief and are investigating more than nine officers who were found to be responsible for releasing tear gas inside the stadium.

The tragedy occurred after the Arema FC team lost 3-2 to Persebaya Surabaya, sparking the anger of its supporters who entered the field to confront the team’s players and officials after the match.

However, the situation grew tense with the security forces releasing tear gas, which caused thousands of supporters on the field to rush out of the stadium through one of the gates – leading to a stampede. No less than 323 people were also injured.

The security team is under pressure following the use of tear gas in closed areas – a violation of stadium guidelines set by FIFA. - Bernama