Tributes pour in for late veteran US lawmaker Bob Dole 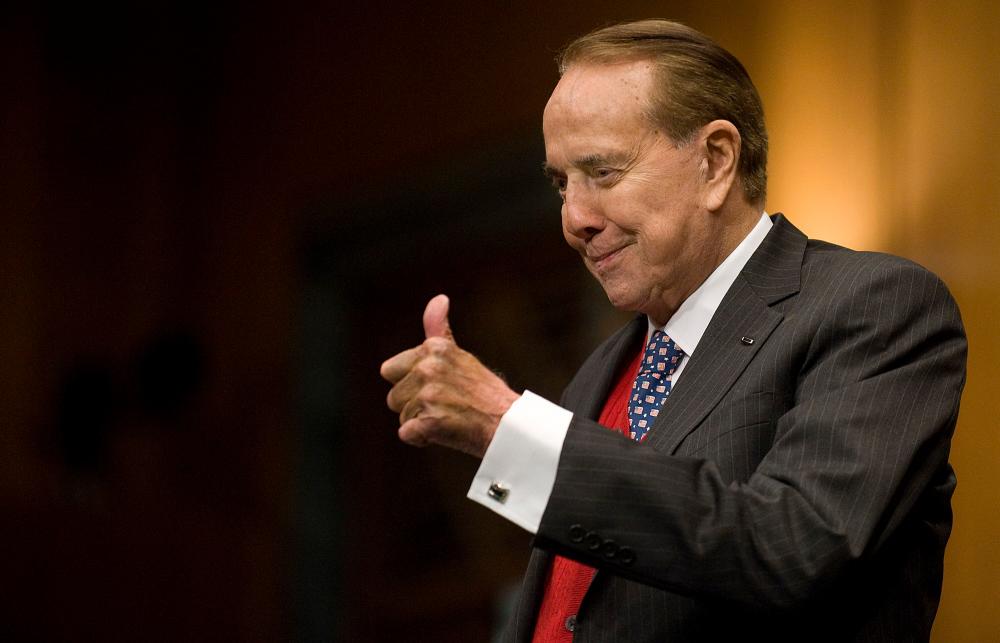 Dole, who battled back from severe injuries in World War II to become a five-term US senator and the Republican Party's 1996 presidential nominee, died on December 5, 2021/AFPPix

WASHINGTON: Tributes poured in and flags were lowered to half-staff in honor of veteran US lawmaker and World War II hero Bob Dole(pix), who died in his sleep on Sunday aged 98.

President Joe Biden led a chorus of political tributes to Dole and his 35-year career in Congress paying respect to “an American statesman like few in our history.”

He was “a war hero and among the greatest of the Greatest Generation,“ Biden said in his statement. “And to me, he was also a friend whom I could look to for trusted guidance, or a humorous line at just the right moment to settle frayed nerves. I will miss my friend.”

A conservative Republican who campaigned for reining in government, Dole also had a pragmatic streak and sponsored bipartisan legislation during his tenure at the US Capitol.

House Speaker Nancy Pelosi ordered flags flown at half-staff at the building in his honor, while Biden mandated the same for the White House, federal grounds and military posts through Thursday.

No details were initially provided, but the longtime senator had disclosed in February that he was being treated for stage four lung cancer.

In a statement, his family offered thanks “for the outpouring of love over the last year.”

It added: “America has lost one of its heroes; our family has lost its rock. We will smile as we recall his gifted sense of humor. We will take comfort from the extraordinary moments of our lifetimes together.”

“Whatever their politics, anyone who saw Bob Dole in action had to admire his character and his profound patriotism.”

And former president Donald Trump said in a statement that Dole was “an American war hero and true patriot for our Nation. He served the Great State of Kansas with honor and the Republican Party was made stronger by his service.”

In 1976, Dole was tapped by Gerald Ford to be his vice presidential candidate, but the Republican ticket lost to Democrats Jimmy Carter and Walter Mondale.

“When I think of the greatest generation, I think of Senator Bob Dole -- a man who dedicated his life to serving our country. Rest In Peace, my friend,“ tweeted Senator Mitt Romney, also a former Republican presidential candidate.

Calling Dole “a man of his word,“ Pelosi said the United States had lost “a towering leader who embodied courage and excellence in public service.”

Former president Barack Obama praised Dole on Twitter as “a war hero, a political leader, and a statesman” whose generation placed “country over party.”

Democratic Senator Bernie Sanders also sent condolences, saying, “Bob Dole served his country with courage on the battlefield, and with dignity in the Senate.”

Dole has long been praised for his military service. He enlisted as an officer in the US Army and in April 1945 was grievously wounded in the back and right arm by machine gun fire during fighting against German troops in Italy.

He was hospitalized for more than three years, and the wounds left him with a shriveled right arm that ended his childhood hopes of being an athlete or a doctor.

Social media tributes recalled how he insisted on standing, held up by an aide, to salute the casket of former president George H.W. Bush -- who also served in World War II -- at his funeral in 2018.

Dole is survived by his daughter Robin, and his second wife, Elizabeth Dole, who herself had a distinguished political career, serving as US secretary of transportation, secretary of labor and senator from North Carolina.-AFP