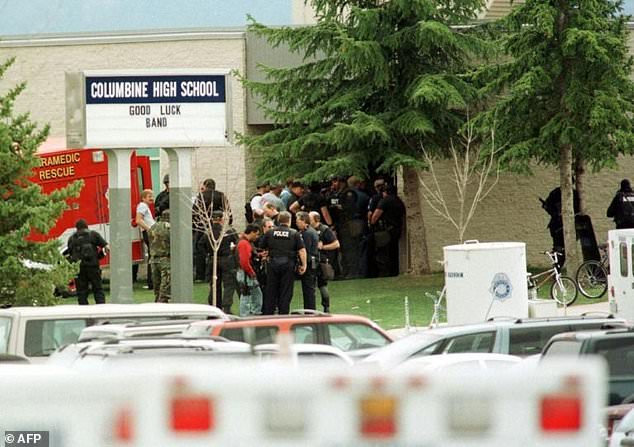 More than 219,000 US students have been involved in a school shooting since the April 1999 Columbine High School shooting, the aftermath of which is seen in Littleton, Colorado. — AFP

WASHINGTON: A safety panel set up by US President Donald Trump in the wake of numerous school shootings recommended Tuesday that schools consider arming staff, using veterans as guards and reversing Obama-era guidelines.

The commission rejected calls to increase the minimum age required for gun purchases, arguing in its 180-page report that most school shooters obtain their weapons from family members or friends.

Instead, it suggested arming staff – even teachers in some circumstances – “for the sake of efficiency and immediately responding to violence.”

School districts where police responses could be slower, such as rural districts, may benefit in particular, the commission said.

The report pushes for a review of disciplinary guidelines introduced in 2014 under former president Barack Obama, which suggested alternatives to suspension and expulsion to tackle discrimination against black and Latino students.

The commission’s report said the measure has had “a strong negative impact on school discipline and safety”.

“The Trump administration is exploiting tragedies to justify rolling back school children’s civil rights protections, despite the lack of any evidence linking school discipline reform to school shootings,“ it said in a statement.

Over 219,000 US students have been involved in a school shooting since the April 1999 Columbine High School massacre, according to figures collated by the Washington Post. — AFP