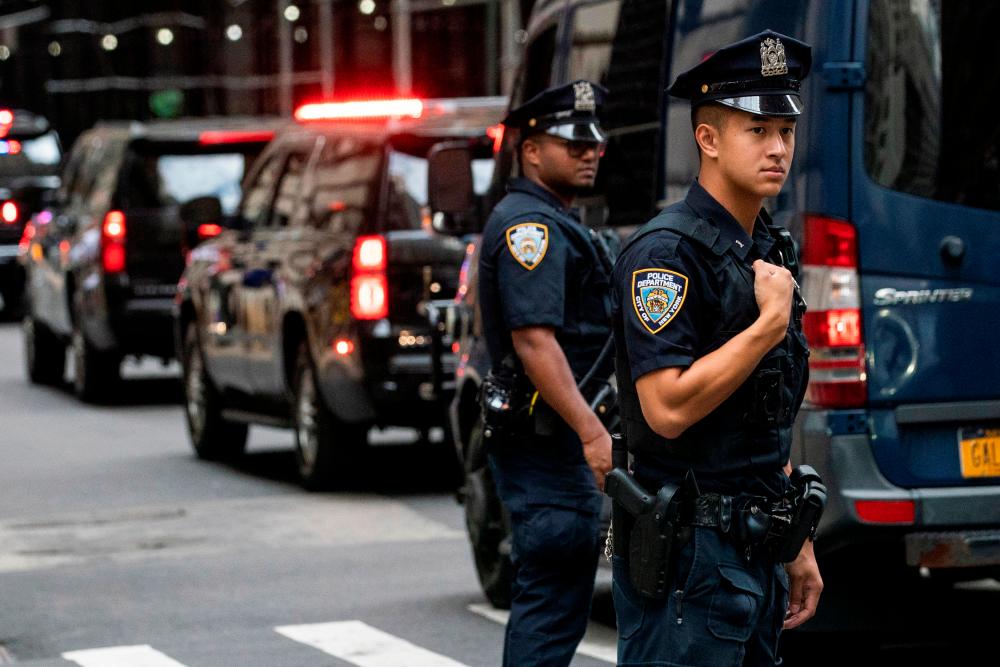 WASHINGTON: Former US president Donald Trump complained Wednesday that he had been barred from re-entering his Florida resort home and suggested FBI agents might be “planting” evidence there following a dramatic raid that triggered outrage among Republicans.

“The FBI and others from the Federal Government would not let anyone, including my lawyers, be anywhere near the areas that were rummaged and otherwise looked at during the raid on Mar-a-Lago,“ Trump posted on his Truth Social platform.

“Everyone was asked to leave the premises, they wanted to be left alone, without any witnesses to see what they were doing, taking or, hopefully not, ‘planting.’”

The Federal Bureau of Investigation has declined to provide details on the raid at the palatial West Palm Beach residence -- a move that marked a stunning escalation of the multiple legal probes into the 45th president.

US media outlets reported agents were conducting a court-authorized search related to the potential mishandling of classified documents that had been sent to Mar-a-Lago after Trump left the White House in January 2021.

Trump, 76, and top Republicans condemned the raid as politically motivated and a “weaponization” of the Justice Department.

“Nothing like this has ever happened to a President of the United States before,“ Trump said of the FBI operation.

In his post Wednesday, Trump, who is weighing another White House run in 2024, questioned why Democratic rivals former president Barack Obama and 2016 presidential candidate Hillary Clinton never came under the same scrutiny.

“Obama and Clinton were never ‘raided,‘ despite big disputes!” he said. - AFP