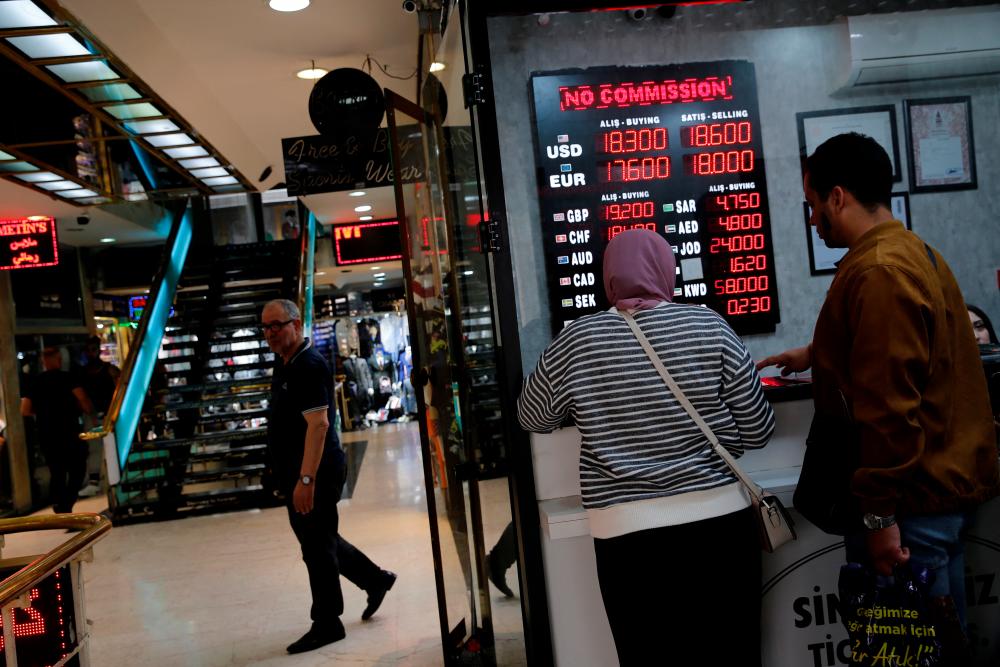 ISTANBUL: Turkey's booming wartime trade with Moscow took a giant step back on Wednesday with confirmation that the last three banks still processing Russian card payments were pulling out under pressure from Washington.

The decision follows weeks of increasingly blunt warnings from the United States for NATO member Turkey to either limit its economic relations with Russia or face the threat of sanctions itself.

But three state lenders -- Halkbank, Vakifbank and Ziraatbank -- still worked with the cards.

A senior Turkish official did not say when Russians would no longer be able to access their cards in Turkey at all.

The three banks “are still processing (the outstanding) payments, but they have set a future date” for pulling out, the official said on condition of anonymity because no formal decision by the three bank has been announced.

The Kremlin on Wednesday condemned Washington for forcing Turkish banks to cut their Russian ties.

“They are threatened with secondary sanctions on the banking system. And this decision, of course, was made under this unprecedented pressure,“ Kremlin spokesman Dmitry Peskov said.

The explosion of Turkish trade with Russia during the seven-month war in Ukraine has been a source of growing irritation for Washington.

The value of trade between the two rose by more than 50 percent. Turkey has also agreed to pay for a quarter of its Russian natural gas imports in rubles.

US Deputy Secretary of the Treasury Wally Adeyemo paid a rare visit to Ankara and Istanbul in June to express Washington's worries that Russian oligarchs and big businesses were using Turkish entities to evade Western sanctions.

The Treasury sent a follow up letter to Turkish banks and businesses in August warning that they cannot expect to have “access to the US dollar and other major currencies” if they trade with sanctioned Russians.

Turkey has tried to stay neutral in the Ukrainian conflict and refused to sign up to Western sanctions against Russia.

It has used this status to strike a range of economic agreements that have helped prop up the ailing economy in the run-up to June elections in which Erdogan will struggle to extend his two-decade grip on power.

Mir cards offer millions of Russians that vacation in Turkey each year a way to access their rubles and pay for everything from restaurants to hotels.

They are also increasingly important to Russians who are fleeing to Turkey as part of a new migration wave of men trying to avoid the draft.

Prominent Russian sanctions campaigner Bill Browder -- a businessman who left Moscow after one of his associates died in jail -- said the Turkish bank decision showed that the “fear of secondary sanctions is starting to work”.

“Turkish banks have abandoned Putin’s Mir payment system out of fear of being punished by the US,“ Browder tweeted.

“We need to roll this out far and wide. Chinese, Indian UAE and many other countries should understand there will be consequences.”

But Russian central bank chief Elvira Nabiullina conceded earlier this month that Moscow was encountering “difficulties” expanding its payment system around the world.

The card still works in Belarus and a handful of Russia's closest allies.

Visa and Mastercard no longer issue new cards in Russia or process foreign payments on the cards acquired before the war. - AFP