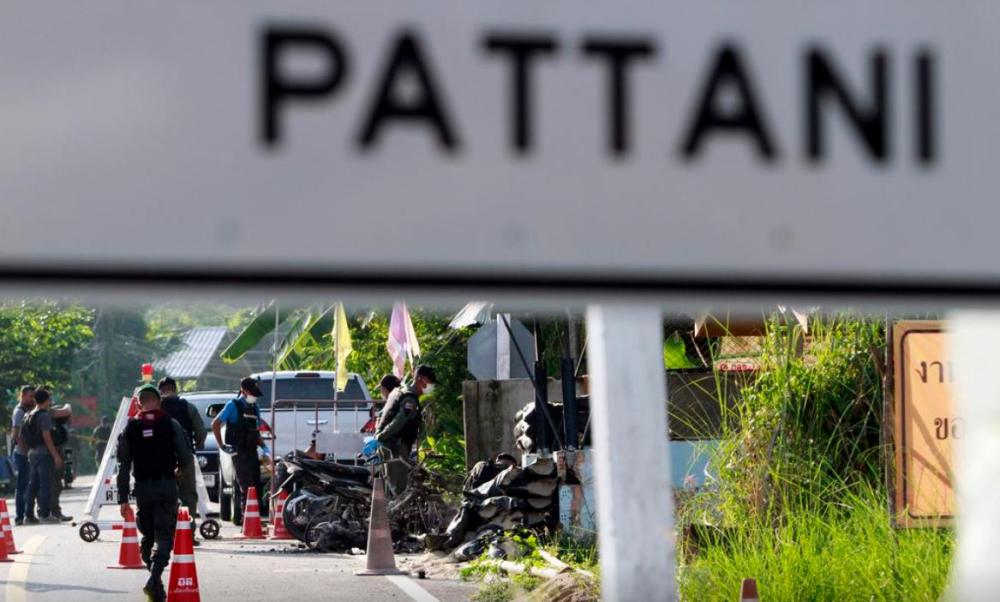 Police Chief of the 9th Division Maj Gen Nantadech Yoinual said in the incident at about 7am today, six defence volunteers on three motorcycles were patrolling the Ban Krachut School grounds. They were providing security for teachers and students going to the school.

“A homemade bomb weighing four kilogrammes was attached to a gas canister and placed on the side of the road before it exploded when activated by a walkie-talkie.

“The force of the bomb seriously injured two defence volunteers. The victims were taken to Hospital Mai Kaen before being sent to Pattani Hospital,“ he told reporters here today.

The incident took place when peace talks were taking place in the south of Thailand between the Head of the Peace Dialogue Panel of the Southern Border Region of Thailand, General Wanlop Rugsanaoh and the National Revolutionary Front (BRN) in Kuala Lumpur today and tomorrow. - Bernama