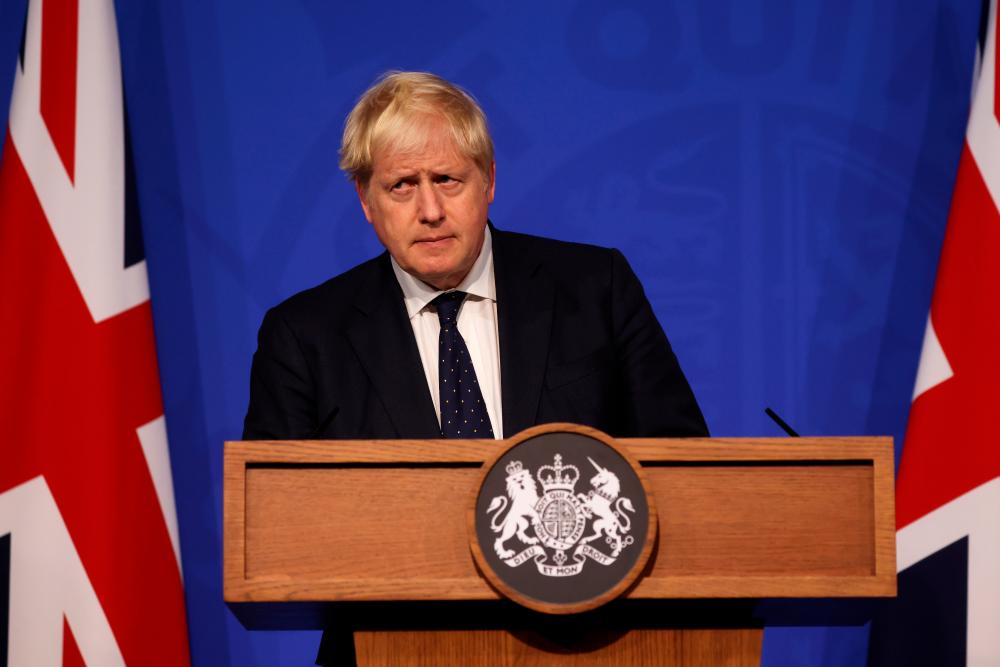 LONDON: Britain’s Prime Minister Boris Johnson must answer “serious questions” over his appointment of a Russian-born newspaper baron to the House of Lords, the Labour opposition said Sunday after new media revelations.

Longstanding speculation about Johnson’s friendship with Evgeny Lebedev -- whose father was a KGB officer -- has revived since Russia invaded Ukraine.

The Sunday Times newspaper reported that Johnson was warned about granting a peerage to Lebedev two years ago by Britain’s foreign intelligence service MI6, but he pressed ahead anyway.

The agency had flagged security concerns about the owner of London’s Evening Standard newspaper as long as a decade ago, and the then head of MI6 had refused to meet him, it reported.

“In light of the further revelations today, I think the prime minister has got serious questions to answer: What did he know? And did he override security advice?” Labour leader Keir Starmer told Sky News.

Starmer has written to the commission that vets appointments to the House of Lords, the unelected upper chamber of Britain’s parliament, to demand an unprecedented review of Lebedev’s peerage.

Johnson in 2020 reportedly overrode objections by the commission to make his friend “Baron Lebedev, of Hampton in the London Borough of Richmond upon Thames and of Siberia in the Russian Federation”.

Their friendship dates from when Johnson became mayor of London in 2008.

Questions have been asked in particular about why Johnson attended a party at Lebedev’s Italian villa when he was foreign secretary in April 2018, without a security detail.

Prior to that, in 2016, Lebedev was present at a pivotal meeting when Johnson and his Conservative colleague Michael Gove thrashed out the position they would take in Britain’s upcoming Brexit referendum.

Gove, now a senior member of Johnson’s cabinet, denied that the prime minister had been foolish in his relationship with Lebedev.

“At no point did anyone ever say to me that it would be inappropriate to meet him and to talk to him,“ Gove told Sky on Sunday.

“Lord Lebedev has been clear through the pages of the Evening Standard... that he wholeheartedly disapproves of this conflict. He’s been critical of (Russian President) Vladimir Putin’s actions,“ he added.

Last week Lebedev called on Putin to withdraw his troops from Ukraine, and said “I am not a security risk to this country, which I love”.

But Lebedev has also praised Putin’s devastating intervention in Syria, and suggested that MI6 rather than Russian agents may have poisoned ex-KGB agent Alexander Litvinenko with polonium in London in 2006.

Johnson, under pressure to reveal the extent of Russian donations to his ruling Conservative party, has sanctioned seven oligarchs he said were among Putin’s inner circle.

They include the Chelsea Football Club owner Roman Abramovich.

But the dual-national Lebedev, who also owns Britain’s Independent title, wrote in Friday’s Standard: “It is crucial we do not descend into Russophobia.” — AFP 3.Australia to remove monarch from banknotes

4.Tears and anger as US police beating victim Tyre Nichols laid to rest