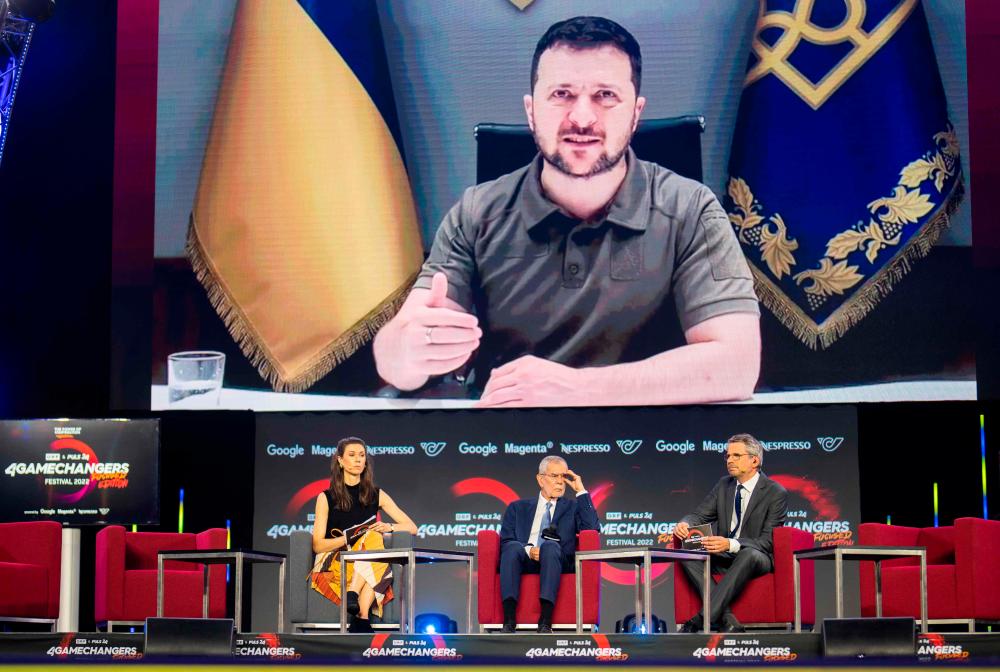 KYIV: Ukraine has started exporting electricity to the European Union, via Romania, President Volodymyr Zelensky(pix) said, as Russia reduces gas supplies to the bloc which is supporting Kyiv in resisting Moscow’s invasion.

Several European countries, including Italy and Germany, are highly reliant upon Russian gas for their energy needs but have been forced to look for alternatives as Moscow slashes deliveries.

Speaking Thursday, Zelensky said Ukraine had “launched a significant export of electricity to the territory of the EU, via Romania.

“This is only the first stage. We are preparing to increase supply.”

He said that “a significant part of the Russian gas consumed by Europeans can be replaced.

The Ukrainian electricity grid was connected to the European network in mid-March, helping to keep supplies flowing despite the war.

European Commission chief Ursula von der Leyen tweeted that the Ukrainian exports “will provide an additional source of electricity for the EU. And much-needed revenues to Ukraine.

“So we both benefit,“ she said.

The EU has strongly backed Ukraine following Russia’s February invasion, slapping Moscow with a barrage of sanctions and granting Kyiv “candidate status”, a first step towards membership of the bloc.-AFP 3.Woman claims she was groped by ‘policeman’ at his home

4.Biden signs Chips Act as US seeks to compete against China