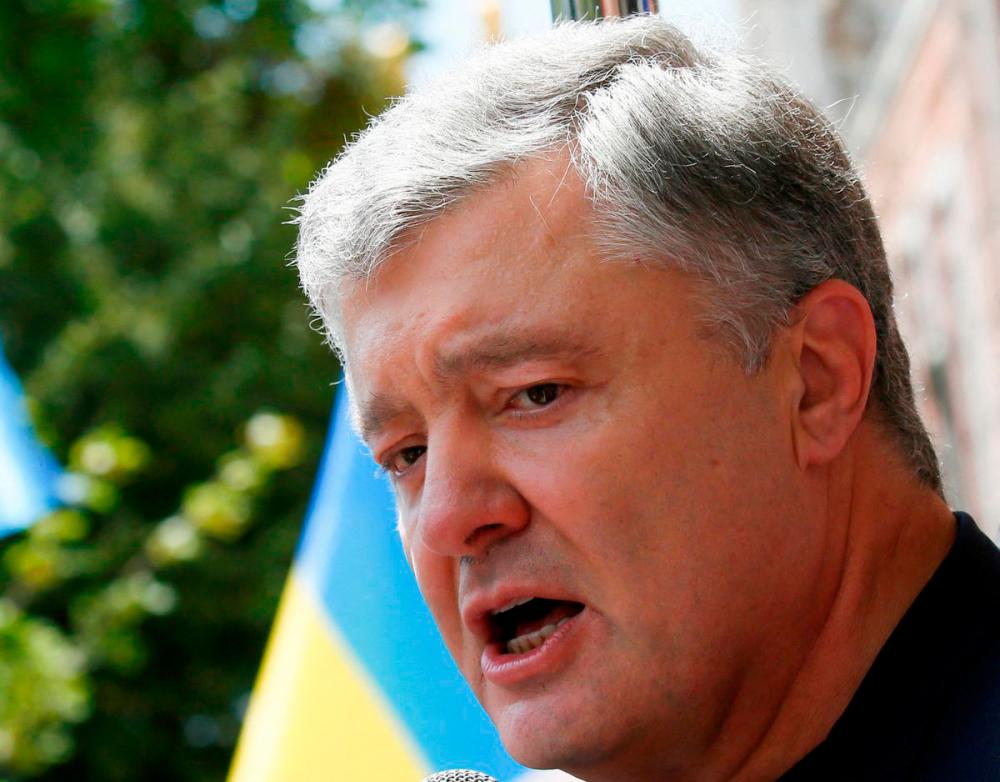 KYIV: The former president of Ukraine, Petro Poroshenko, said Saturday he was barred from leaving the country, accusing the government of breaking a so-called political ceasefire in place since Russia invaded.

Poroshenko, in power from 2014 to 2019, has made frequent public appearances since the war started, appearing on international television to offer commentary.

After Russia invaded, Ukraine's parliament banned several pro-Russian parties, and allowed others to still operate under a so-called political ceasefire -- a tacit understanding that all parties would put aside domestic political disagreements to unite against the war.

But on Saturday, Poroshenko’s office said he “was refused to cross the border of Ukraine,“ accusing the government of violating the agreement.

“There is a risk that by this decision, the authorities have broken the ‘political ceasefire’ in place during the war... which one of the pillars of national unity in the face of to Russian aggression,“ his office said.

Poroshenko was due to travel to a NATO parliamentary assembly meeting in Lithuania as part of the Ukrainian delegation, and had received official permission to travel.

He was due to meet in Vilnius with Lithuanian President Gitanas Nauseda and a group of European parliamentarians.

He was then to travel to Rotterdam in the Netherlands for a summit bringing together European political parties. - AFP