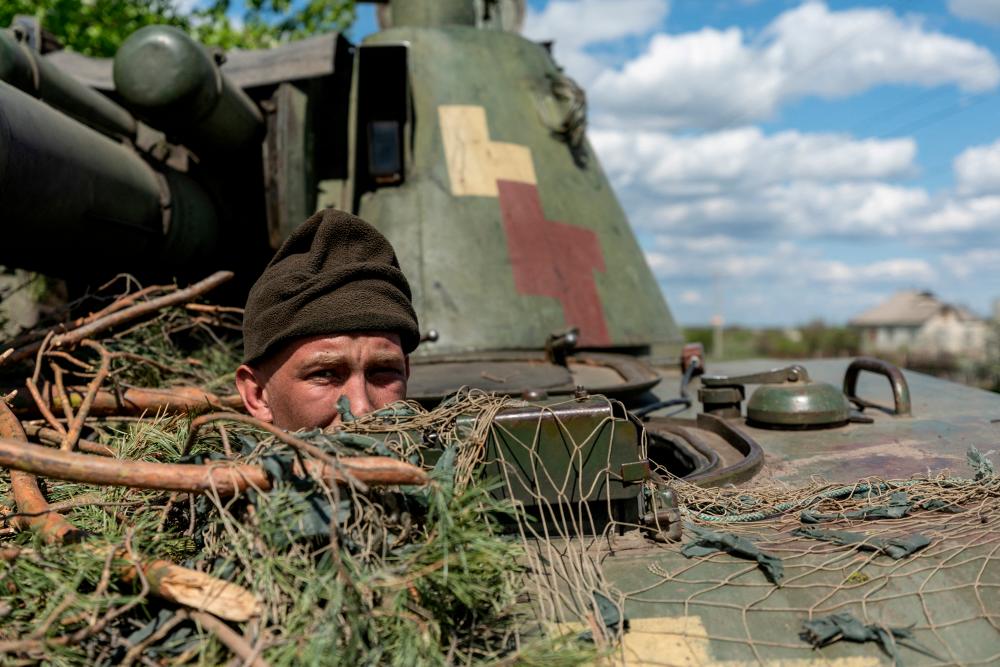 FILE PHOTO: A Ukrainian soldier looks out from a tank, amid Russia’s invasion of Ukraine, in the frontline city of Lyman, Donetsk region, Ukraine April 28, 2022. REUTERSPIX

KYIV: Ukraine’s defence ministry said Saturday its forces were “entering” the key town of Lyman in the eastern Donetsk region that Russia annexed a day earlier.

“Ukrainian Air Assault Forces are entering Lyman, Donetsk region,“ the ministry said on Twitter, posting a video of soldiers holding up a yellow and blue Ukrainian flag near a sign with the town’s name.

Lyman lies in the north of Donetsk, which Moscow annexed despite only controlling part of the region.

“Ukraine’s army has and will always have the decisive vote in today’s and any future ‘referendums’,“ the defence ministry said.

The Kremlin-backed leader of Donetsk said Friday that Russian troops and their allies were holding on to Lyman with “their last strength”. - AFP