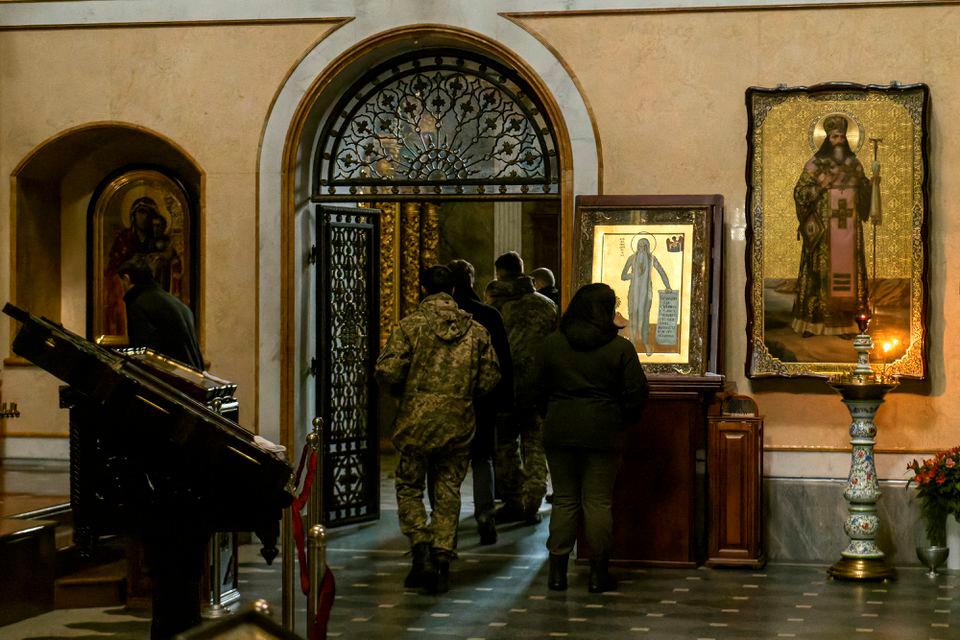 UKRAINE’s top security officials have ordered an investigation into the activities of a branch of the Orthodox Church linked historically to Moscow, President Volodymyr Zelenskiy said on Thursday.

Zelenskiy said the probe would look into whether the Moscow branch of the church was entitled to operate at one of Ukraine's most hallowed sites - the Pechersk Lavra complex in Kyiv.

The Orthodox Church in Russia has lavishly backed the Kremlin's nine-month-old invasion of Ukraine.

“We have to create conditions so that no actors dependent on the aggressor state (Russia) can manipulate Ukrainians and weaken Ukraine from within,“ Zelenskiy said in a video address.

In Ukraine, the Moscow-linked church formally severed ties with the Russian Orthodox Church last May, but is still mistrusted by many Ukrainians and accused of secret co-operation with Russia.

The discussion by top security officials underscored the importance with which Zelenskiy and other leaders still view the influence of the Moscow-linked church among ordinary Ukrainians.

Orthodox Christians make up the majority of Ukraine's 43 million people and competition has been fierce since the collapse of Soviet rule between the Moscow-linked church and an independent Ukrainian church proclaimed soon after independence.

Zelenskiy said the government would submit a bill to parliament barring religious groups “affiliated with centres of influence in Russia”.

Action would be taken to guard against “subversive activity of the Russian special services in the Ukrainian religious environment”. In addition, the property holdings of the church would be examined, including its use of the Pechersk Lavra complex.

The SBU security service said last week it had searched 350 buildings belonging to the Russia-linked Church and carried out checks on 850 people. It said it found “dubious” Russian citizens, large sums of cash and pro-Russian literature in a raid on the Pechersk Lavra, which Moscow denounced. - Reuters 5.Probe on structural damage near Bandaraya LRT station to complete in two weeks