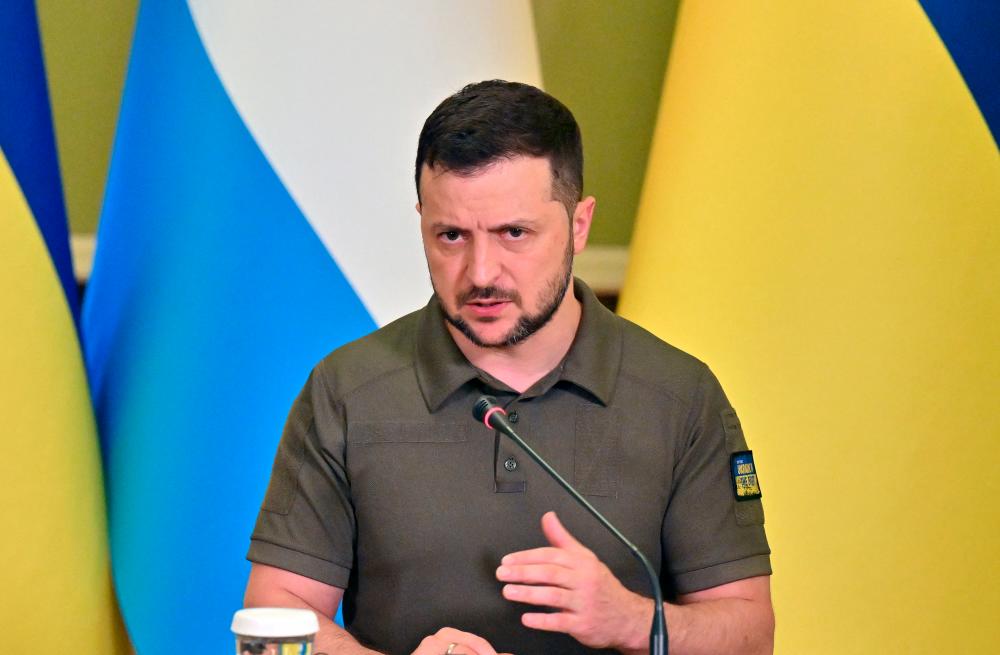 ISTANBUL: Ukraine’s president said Monday that Russia continues to attack his country but vowed that “Ukraine will never be a place of devastation.”

“They are capable of nothing but devastation. This is all they leave behind. And what they are doing now against Ukraine is their attempt to take revenge. To take revenge for the fact that Ukrainians have repeatedly defended themselves from them,” Volodymyr Zelensky said in a video message on Telegram, reported Anadolu Agency.

The president underlined that Kyiv will never accept orders from Moscow and will “do everything to restore every object, every house, every enterprise destroyed by the occupiers.”

Zelenskyy noted that in just one week, Russian troops fired 258 times on 30 settlements of the Kherson region and also damaged the pumping station that supplied water to Mykolaiv.

Pointing out that the Black Sea Grain Initiative is “one of the historically largest Ukrainian humanitarian initiatives,“ the Ukrainian leader stressed that in this regard, his country received significant support from various countries including Turkey, the US, South Korea and Japan as well as some European Union countries and also from NATO and the UN. - Bernama