UN calls on Iran to refrain from ‘disproportionate force’ against protests 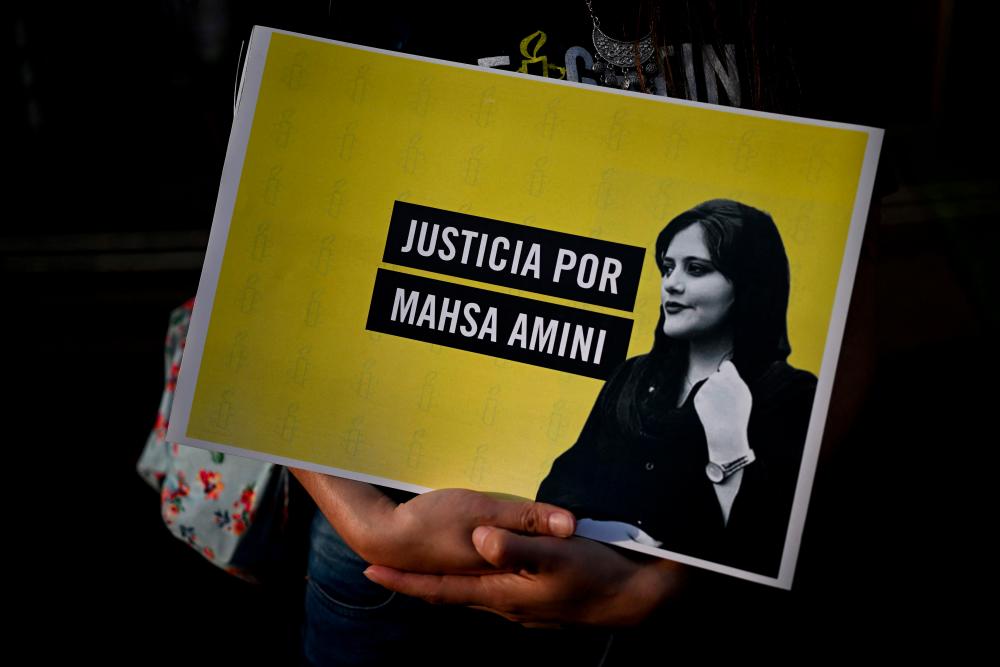 An activist holds a sign reading: “Justice for Mahsa Amini” during a protest over her death in Iran, outside the Iranian embassy in Buenos Aires, Argentina, on Septembre 27, 2022. - AFPPIX

WASHINGTON: UN Secretary-General Antonio Guterres called on Iranian President Ebrahim Raisi not to use “disproportionate force” against protesters who took to the streets after the death of a young woman in morality police custody, his spokesman said Tuesday.

“We are increasingly concerned about reports of rising fatalities, including women and children, related to the protests,“ Dujarric said in a statement.

He said Guterres “calls on the security forces to refrain from using unnecessary or disproportionate force and appeals to all to exercise utmost restraint to avoid further escalation.”

He also called for a “prompt, impartial and effective investigation” into the death of Mahsa Amini, the young woman who died in the custody of Iran’s morality police, sparking nationwide protests that have left at least dozens of people dead.

Raisi on Saturday labelled the protests “riots” and urged “decisive action against the opponents of the security and peace of the country and the people,“ his office said. - AFP