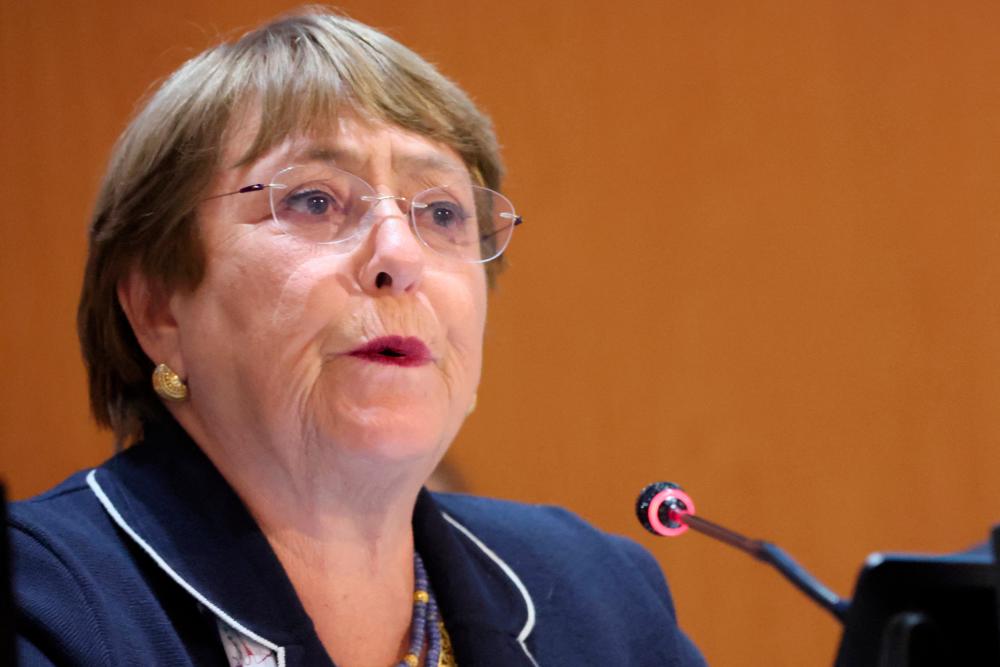 BEIJING/GENEVA: The United Nations High Commissioner for Human Rights Michelle Bachelet begins a visit to China on Monday, the first trip by a holder of the office since 2005 amid concerns that it could lead to an endorsement rather than scrutiny of China’s rights record.

During the six-day trip, Bachelet will visit Xinjiang, where the High Commissioner’s office said last year it believes the mostly Muslim ethnic Uyghurs have been unlawfully detained, mistreated and forced to work.

“The purpose of her visit is really focusing on a dialogue with the Chinese authorities on a range of domestic, regional and global human rights issues,“ Bachelet’s office said earlier this week.

China has repeatedly denied any mistreatment of Uyghurs.

The May 23-28 trip has been long in the making after Bachelet said in 2018 she wanted unfettered access to Xinjiang. China said the visit should not be based on the presumption of guilt. It is unclear how much access Bachelet will be granted.

Rights groups worry that if Bachelet does not press China hard enough, her post-trip report may not give a full picture and could be used by Beijing to justify its actions in Xinjiang.

The World Uyghur Congress in a letter urged Bachelet to ensure that her team can move freely, access all detention facilities and have unsupervised contact with Uyghurs.

“We are concerned the trip might do more harm than good. China could use it for propaganda purposes,“ a Congress spokesperson Zumretay Arkin told Reuters.

International scrutiny of the government’s actions in Xinjiang heightened in 2018 after the United Nations said 1 million Uyghurs were held in “massive internment camps” set up for political indoctrination.

China initially denied the existence of any camps, then later admitted it had set up “vocational training centres” with dormitories where people can “voluntarily” check themselves in to learn about law, Chinese language and vocational skills.

The atheist ruling Communist Party said such centres are necessary to curb the “Three Forces” of terrorism, separatism and religious radicalism in Xinjiang, which borders Central Asia on China’s north-western frontier.

Xinjiang Governor Shohrat Zakir said in 2019 all trainees had “graduated”.

The United States sanctioned Chinese officials accused of rights abuses in Xinjiang in 2020 and 2021 and imposed bans on goods produced in Xinjiang over concerns of forced labour.

Beijing has denied Western allegations of forced labour, genocide and human rights abuses and repeatedly warned other countries not to interfere in its domestic affairs. — Reuters