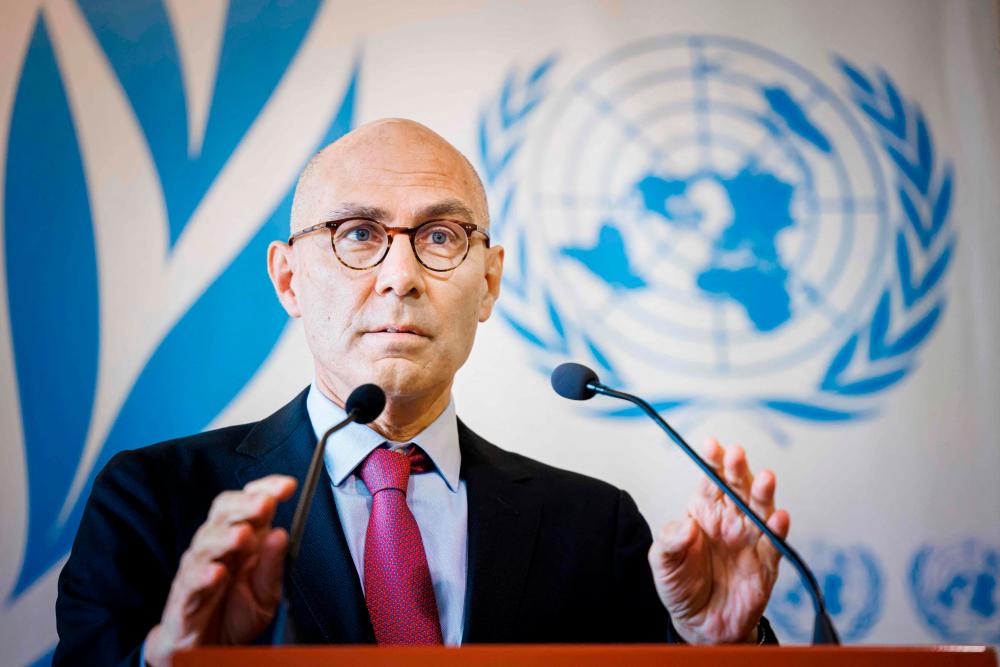 High Commissioner for Human Rights Volker Turk adresses the assembly during a special session of the UN Human Rights Council on the situation in Iran, at the United Nations in Geneva on November 24, 2022. AFPPIX

GENEVA: The UN human rights chief said on Thursday that Russian strikes on critical infrastructure in Ukraine since October had killed at least 77 civilians and were plunging millions of people into extreme hardship.

Much of the country remained without heat or power after the most devastating Russian air strikes on its energy grid so far. Since early October, Russia has launched missiles roughly once a week in a bid to destroy the Ukrainian power grid.

Moscow acknowledges attacking basic infrastructure but denies it targets civilians, saying it aims to reduce Ukraine's ability to fight and push it to negotiate. Kyiv says such attacks are a war crime.

“Millions are being plunged into extreme hardship and appalling conditions of life by these strikes,“ said Volker Turk in a statement. “Taken as a whole, this raises serious problems under international humanitarian law, which requires a concrete and direct military advantage for each object attacked.”

In the same statement, he said the UN's preliminary analysis of videos that appeared to show Ukrainian soldiers executing Russian prisoners of war indicated they were “highly likely to be authentic”. Kyiv has previously said it would investigate any alleged abuses by its armed forces.

The UN's monitoring team has said that both Russia and Ukraine have tortured prisoners of war.

Turk called on both Russia and Ukraine to issue clear instructions to their forces about the treatment of prisoners of war and said all allegations of summary executions should be investigated fully. - Reuters