US announces another case of Covid Omicron variant 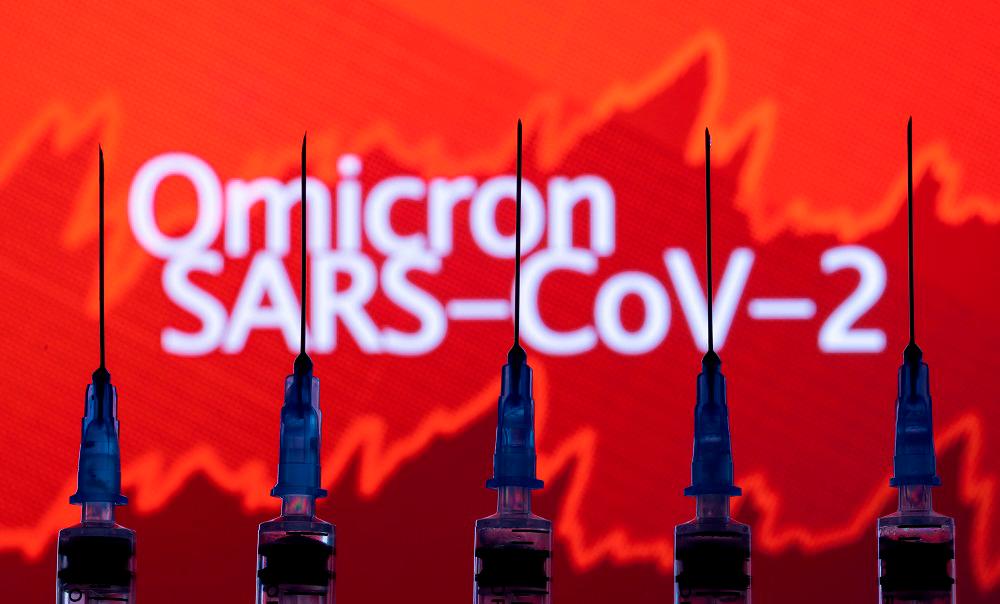 FILE PHOTO: Syringes with needles are seen in front of a displayed stock graph and words "Omicron SARS-CoV-2" in this illustration taken, November 27, 2021. REUTERSpix

WASHINGTON: Health authorities in the midwestern US state of Minnesota announced Thursday they had found another case of the Omicron coronavirus variant on American soil, this time in a man with no known recent international travel history.

Like the first identified US case in California, the patient was vaccinated, and had mild symptoms from which he has now recovered. Minnesota officials said he had also received a booster.

He returned to the Minneapolis area from an anime convention in New York City, held November 19-21, before developing symptoms on November 22 and getting tested two days later.

“This news is concerning, but it is not a surprise,“ Minnesota Governor Tim Walz said in a statement, hailing his state’s genomic sequencing and virus testing efforts.

New York Mayor Bill de Blasio said on Thursday the case meant residents “should assume there is community spread of the variant in our city.”

Authorities are working on contacting convention attendees, De Blasio said, adding that anyone who was at the event “should get tested immediately.”

The fact that the man had not recently come back from another country signals the variant is circulating inside the United States, which epidemiologists had expected, despite Washington’s decision to ban entry to travelers from several southern African nations.

The case was made public a day after the Centers for Disease Control and Prevention (CDC) announced the first confirmed US case, a fully vaccinated traveler who had recently returned from South Africa -- where the variant was first sequenced -- and was recovering from mild symptoms.

US health authorities are urging everyone over the age of five to get vaccinated, and to get a booster once they are eligible.

Scientists hope lab testing will soon reveal the extent to which Omicron evades the protective action of vaccines, but expect they will remain at least partially effective, especially against severe disease.

President Joe Biden’s chief medical advisor Anthony Fauci said Wednesday that past experience had shown boosters were valuable because they raise the number of overall antibodies in a person’s immune system, some of which will remain effective at stopping new variants.

“Our experience with variants such as the Delta variant, is that even though the vaccine isn’t specifically targeted to the Delta variant, when you get a high enough level of an immune response, you get spillover protection,“ he said. — AFP