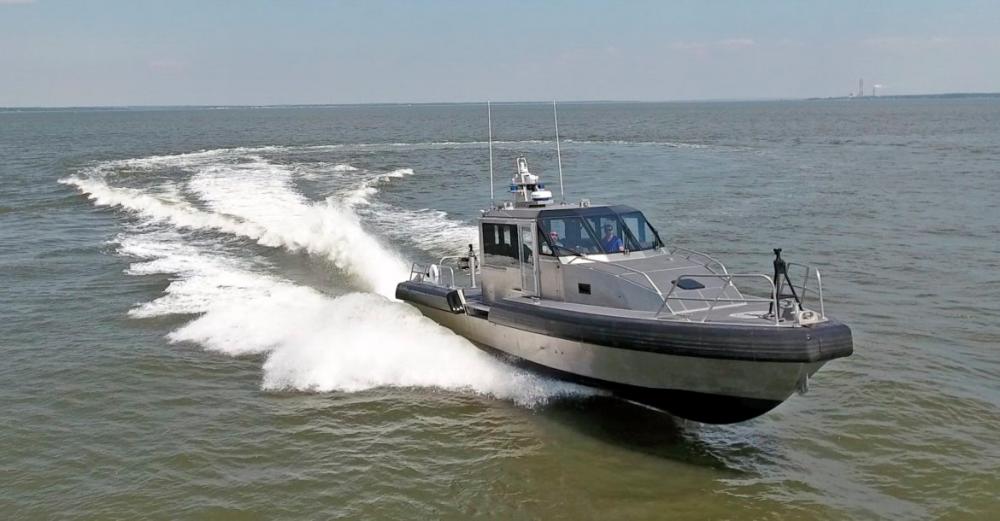 The 45-foot Metal Shark patrol boat, the type delivered by the US to Vietnam in 2017. — Metal Shark

HANOI: The US handed over six patrol boats and equipment worth US$12 million to the Vietnamese coast guard, the embassy in Hanoi said Monday, as the former foes continue to boost political and defence links.

Vietnam and the United States have become staunch allies in recent years as China exerts influence in the hotly contested South China Sea.

The latest military deal saw the US transfer six 45-foot (14m) Metal Shark patrol boats to counterparts on the central coastline of Khanh Hoa on March 29.

It was the third handover in a four-tier deal and marks “another important step in the continued security cooperation between the United States and Vietnam”, the embassy said.

The latest delivery brings the number of ships handed over to Vietnam to 18, and there will be 24 in total.

The previous tranche of boats arrived a year ago and followed a historic visit of a US aircraft carrier, the first since the end of the Vietnam War in 1975.

Vietnam Coast Guard Colonel Nguyen Minh Khanh said the transfer marks “another milestone and evidence of the continued friendship between the US and Vietnam”.

The boats will be used to combat trafficking, piracy, illegal fishing and other maritime law enforcement, the statement said.

Vietnam has long been at odds with Beijing over the South China Sea and is keen to flex its military might by strengthening military ties with the US and other powerful allies.

Beijing claims most of the resource-rich waterway and has built artificial islands and deployed military equipment to the sea.

Though Washington and Hanoi have cosied in the face of Beijing’s build-up in the sea, US President Donald Trump has ratcheted up pressure on Vietnam to buy military equipment to narrow a yawning trade gap. — AFP