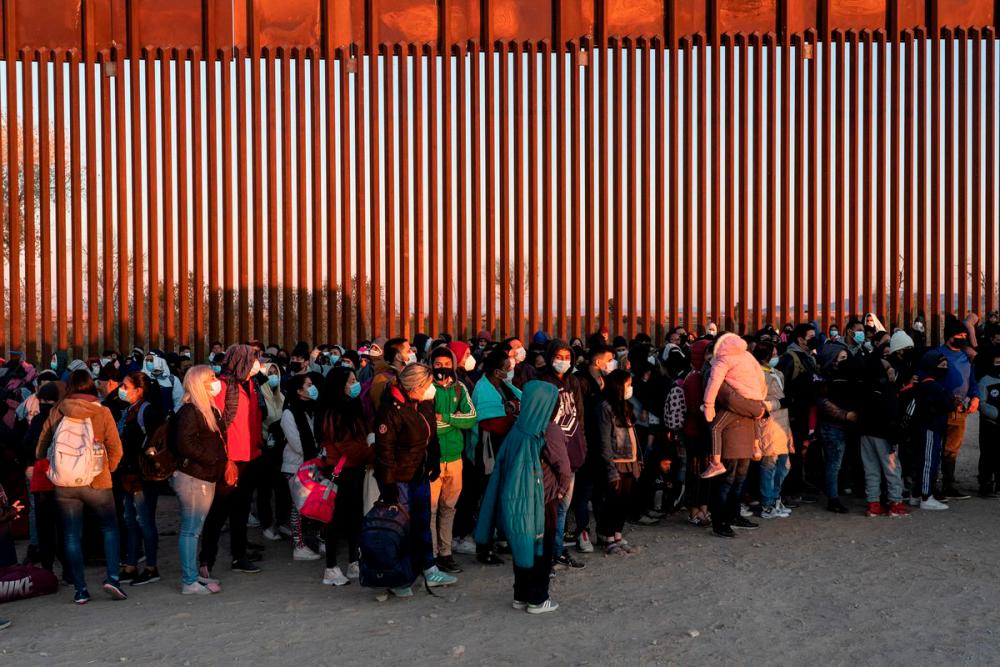 Migrants seeking asylum in the US, mostly from Venezuela, stand near the border fence while waiting to be processed by the US border patrol after crossing the border from Mexico at Yuma, Arizona, US, January 23, 2022. REUTERSPIX

LOS ANGELES: The personal data of more than 6,000 migrants seeking protection from persecution was published on a US government website, the department responsible for the gaffe said Wednesday.

The data dump saw the names, case statuses and detention locations of people who have applied for asylum uploaded to the homepage of Immigration and Customs Enforcement (ICE) on Monday and left there for five hours.

The information reportedly included details about people fleeing authoritarian regimes in China, Russia and Iran, as well as those trying to escape violent criminal gangs in lawless parts of the world.

Campaigners say the leak could open those people to retribution.

“On November 28, 2022, while performing routine updates, a document was erroneously posted to ICE.gov for approximately five hours that included names and other personally identifiable information, along with immigration information, of approximately 6,000 noncitizens in ICE custody,“ the agency said.

“Though unintentional, this release of information is a breach of policy and the agency is investigating the incident and taking all corrective actions necessary.”

All of those affected are in ICE custody, the Los Angeles Times reported.

Blaine Bookey, legal director at the Center for Gender and Refugee Studies at the UC Hastings College of the Law in San Francisco, said a leak like this exposes vulnerable people to significant risk.

“If they were ever removed back to that country, they could be retaliated against,“ she said.

“Or their family members or friends or colleagues who are still in the home country who have some sort of affiliation with them, could also be retaliated against.”

The fact that all of the people affected are in ICE custody raises the risk, she said.

“The information is all about individuals who are in detention, who do not have liberty or control over where they are and their information about their whereabouts is now in this public document,“ she said. - AFP