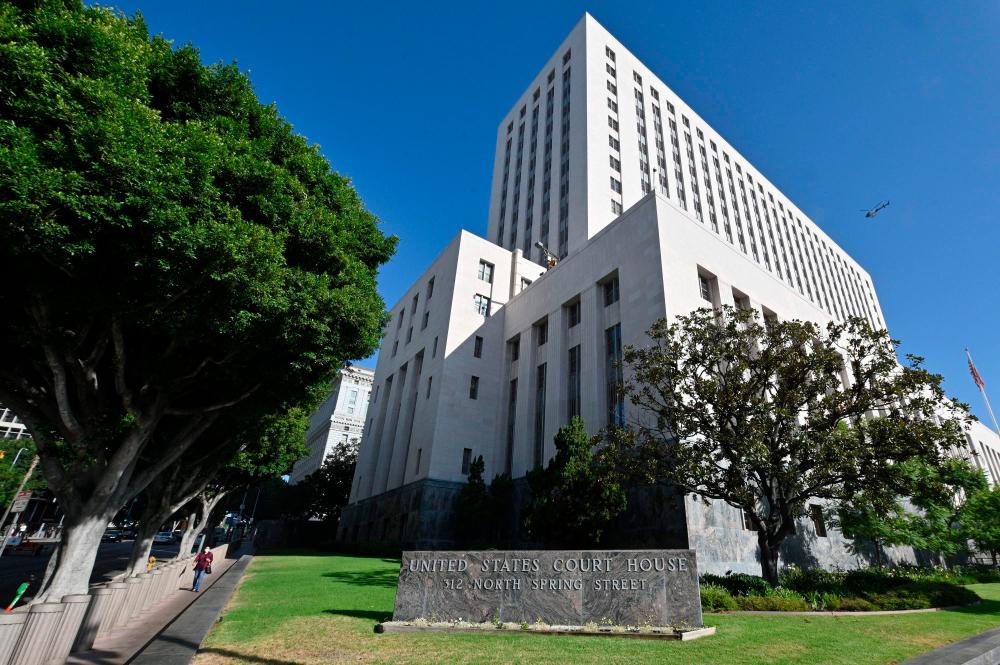 A view of the US Courthouse building in Los Angeles, California, on the first day of a pediatric lawsuit against Monsanto brought by a woman on behalf of her young son who developed a rare and severe form of cancer after being exposed to the weed killer Roundup, September 13, 2021. AFPpix

LOS ANGELES: A mother who says her young son developed a rare form of cancer because of his exposure to Roundup sued the maker of the weed killer in California on Monday.

Ezra Clark was only four years old in when he was diagnosed in February 2016 with Burkitt's lymphoma, a particularly aggressive kind of cancer that affects the lymph nodes.

According to the complaint filed in a Los Angeles court by his mother, Destiny Clark, the youngster was directly exposed when she sprayed her property with the Monsanto-made herbicide.

The filing, seen by AFP, says experts “concluded, to a reasonable degree of medical certainty, that Ezra’s exposure to Roundup was a substantial factor in causing his” illness.

Clark’s lawyers say Monsanto has “known of an association between glyphosate-based herbicides and cancer for decades”.

They also say the US agrochemical firm, now a subsidiary of the German giant Bayer, had done insufficient studies on the carcinogenic impact of glyphosates and other ingredients that make up the finished product.

“Had (the) plaintiff known of the risk of (illness) associated with the use of Roundup at the time... she would not have used it,“ the lawyers argue, in a brief that seeks unspecified damages.

Bayer has been plagued by problems since it bought Monsanto, which owns Roundup, in 2018 for $63 billion, and inherited its legal woes.

The German firm has set aside more than $15 billion to deal with a wave of US lawsuits linked to the weed killer.