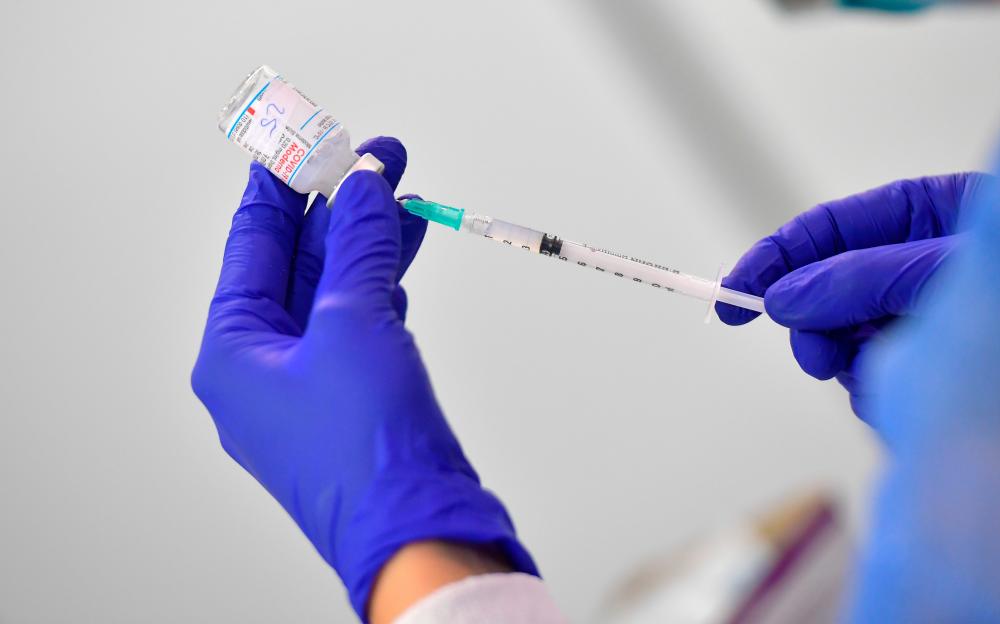 WASHINGTON: The United States is pushing global leaders to endorse what it calls ambitious targets for ending the Covid-19 pandemic, including ensuring 70 per cent of the world’s population is vaccinated against the virus by the 2022, according to a draft US document viewed by Reuters yesterday.

The three-page outline is addressed to countries, international organisations, and private sector groups invited to a virtual Covid-19 summit planned by the United States on the sidelines of the United Nations General Assembly beginning this week.

The US document calls for richer countries to ensure at least US$3 billion (RM12.5 billion) is made available in 2021 and US$7 billion in 2022 for vaccine readiness and to combat vaccine hesitancy.

Other key targets include ensuring at least one in 1,000 people are tested weekly before the end of 2021, and building surge capacity to ensure that all healthcare workers have access to personal protective equipment such as masks in 2021.

The draft also called on richer countries to provide US$2 billion to bolster the supply of bulk liquid oxygen, donate at least 1 billion test kits by 2022 for low- and lower-middle income countries, and donate US$3 billion in Covid-19 therapeutic medicines through 2022.

It called on the private sector to fund a US$2 billion global strategy to boost the supply of oxygen systems by the end of next year, and to make testing kits available in poorer countries for no more than US$1 a kit.

Last month, the International Monetary Fund, World Bank and other international groups urged world leaders to accelerate vaccinations, warning that fewer than 2 per cent of adults in most low-income countries were vaccinated, compared with almost 50 per cent in high-income countries. They also noted that fewer than 10 per cent of pledged doses had actually been shipped. ― Reuters