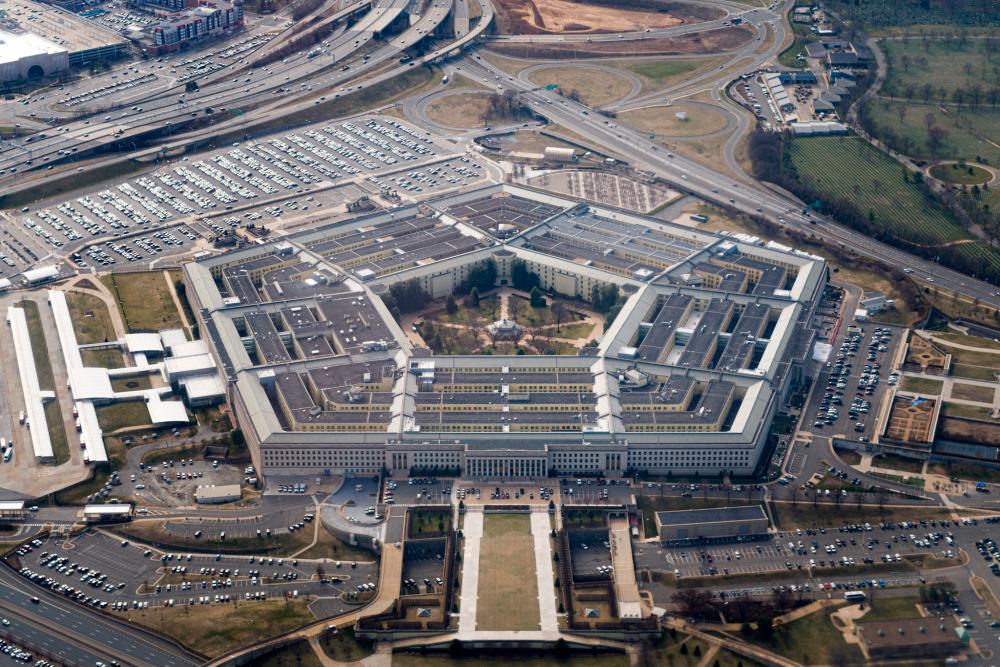 File photo: The Pentagon is seen from the air in Washington, U.S., March 3, 2022, more than a week after Russia invaded Ukraine. REUTERSpix

WASHINGTON: The United States is sending Ukraine two NASAMS surface-to-air missile systems, four additional counter-artillery radars and up to 150,000 rounds of 155mm artillery ammunition as part of its latest weapons packages for Ukraine, the Pentagon said on Friday.

The assistance package, worth about $820 million, was broadly announced by U.S. President Joe Biden on Thursday in Madrid following a gathering of NATO leaders that was focused on Russia’s invasion of Ukraine.

“Ukrainians continue to face a brutality highlighted once again this week by an attack that struck a shopping mall filled with civilians. They continue to fight for their country, and the United States continues to stand by them and their just cause,“ U.S. Secretary of State Antony Blinken said in a statement about the assistance.

Ukrainian officials have said a Kh-22 missile fired by a Russian bomber hit a crowded shopping mall in the central city of Kremenchuk on Monday, killing at least 19 people. That strike drew condemnation from Western leaders and the Pope but Russia rejected Ukraine’s account, saying the missile had struck a store of Western-supplied weapons next to the mall, causing it to catch fire.

The Pentagon offered more details on Friday as it formalized the announcement, and said the latest round of security assistance also included additional ammunition for High Mobility Artillery Rocket Systems (HIMARS).

The counter artillery radars being sent are the Raytheon-Technologies AN/TPQ-37 systems, a senior defense official told reporters. This is the first time these systems are being sent to Ukraine which have about triple the effective range of the previously sent AN/TPQ-36 systems.

The new U.S. aid is meant to bolster Ukraine as it confronts heavy pounding by Russian artillery. Russia’s stepped-up campaign of long-range missile attacks on Ukrainian cities has come as its forces have ground out success on the battlefield in the east, with a relentless assault to try to force Kyiv to cede two provinces to separatists.

Including the latest rounds of assistance, the United States has now committed approximately $6.9 billion since Russia forces rolled into Ukraine on Feb. 24 and brought full-scale war back to Europe. — Reuters