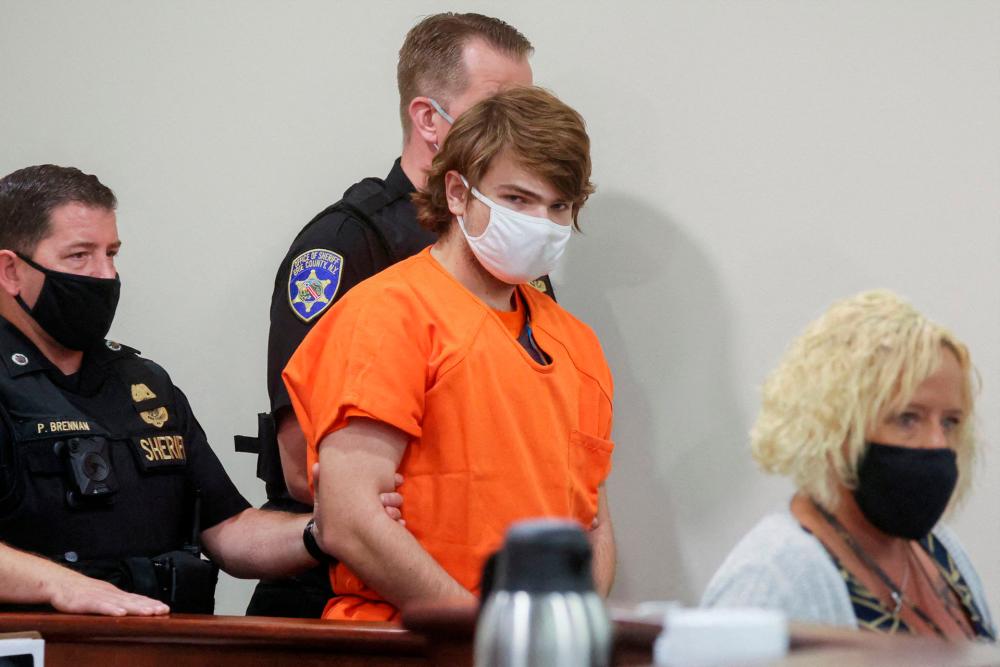 Erie County Court is seen before Payton S. Gendron appears to plead guilty of charges of killing 10 people in a live-streamed supermarket shooting in a Black neighborhood of Buffalo, New York, US, November 28, 2022. REUTERSPIX

AN avowed white supremacist pleaded guilty on Monday to first-degree murder and other state charges in a mass shooting in May that killed 10 people at a supermarket in a predominantly Black neighborhood of Buffalo, New York, prosecutors said.

At a hearing at Erie County Court, Payton Gendron, 19, pleaded guilty to multiple counts related to the shooting, including a charge of domestic terrorism motivated by hate. Gendron was accused of carrying out the attack, which also wounded three other people, with the intention of killing as many African Americans as he could.

“It was established beyond a reasonable doubt that he had this gruesome motive, that in just over two minutes he murdered as many African Americans as he could,“ Erie County District Attorney John Flynn said at a press conference after the plea. “Justice has been done today.”

Gendron, who was 18 at the time of the attack, initially pleaded not guilty after a grand jury returned an indictment in June.

He faces a mandatory sentence of life in prison without parole on the domestic terrorism charge alone. New York does not have a death penalty. Sentencing is scheduled for Feb. 15, according to media reports.

Gendron was the first defendant in New York ever to be indicted for a domestic act of terrorism motivated by hate in the first degree.

He drove three hours from his home near Binghamton, New York, to the Tops Friendly Markets store in Buffalo after planning the attack for weeks, authorities said. He was looking for a public location in an area where many Black people lived.

At the supermarket, he shot 13 people with a semi-automatic, assault-style rifle. Eleven of the victims were Black.

Police say he left a racist manifesto online before the attack and live-streamed the shooting on social media.

A separate indictment returned in U.S. District Court in July charged Gendron with 27 federal hate crimes and firearms offenses, for which he could face the death penalty if convicted.

At a press conference following the court proceeding, civil rights attorney Ben Crump described the hearing as a “gut-wrenching” experience for the victims’ families he represents. He called for Gendron to be given the “most-harsh sentence” for the crimes.

“We don’t want it to be marginalized because these were Black people. We want the whole world to never let this be swept under the rug,“ Crump said. “We want the same justice if the (races) were reversed.” - Reuters