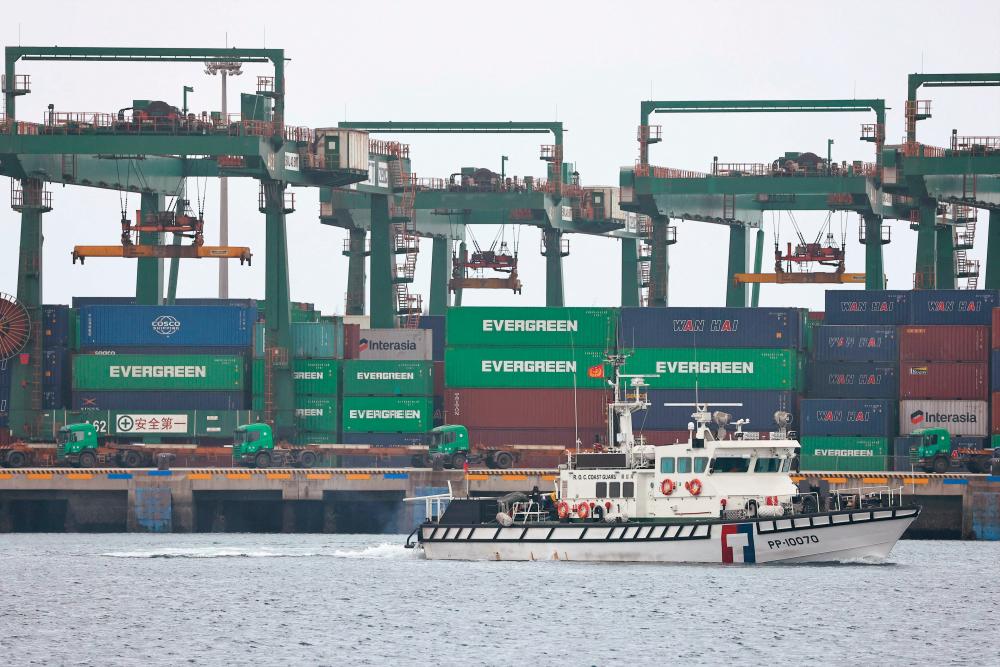 WASHINGTON: The United States will boost trade with Taiwan in response to China’s “provocative” behaviour, the White House said Friday, as it insisted on the right of air and sea passage through the tense strait.

A new trade plan will be unveiled within days, while US forces will transit the Taiwan Strait in the next few weeks, said Kurt Campbell, White House coordinator for Asia-Pacific issues and an adviser to President Joe Biden.

The statement came after Beijing raged at last week's trip by US House Speaker Nancy Pelosi, launching its largest-ever military drills around the self-ruled island.

Taiwan has accused China of using the visit by Pelosi, the highest-ranking elected American official to visit in decades, as an excuse to kickstart drills that Taipei called a rehearsal for invasion.

China views Taiwan as its own territory to be seized one day, by force if necessary.

Campbell said Pelosi’s visit was “consistent” with Washington’s existing policy and that China had “overreacted.”

Beijing used the pretext to “launch an intensified pressure campaign against Taiwan to try to change the status quo, jeopardizing peace and stability across the Taiwan Strait and in the broader region,“ he said.

“China has overreacted and its actions continue to be provocative, destabilizing and unprecedented.”

In response to China’s drills, the United States is reasserting its involvement in the area, while reiterating its policy of “strategic ambiguity” -- diplomatically recognizing China while simultaneously supporting Taiwan’s self-rule.

Campbell said the administration would continue to “deepen our ties with Taiwan, including through continuing to advance our economic and trade relationship.”

“For example, we’re developing an ambitious roadmap for trade negotiations which we intend to announce in the coming days,“ he said.

Campbell said that the United States would also reassert its right to use international air and sea space between Taiwan and China.

US forces “will continue to fly, sail and operate where international law allows, consistent with our long-standing commitment to freedom of navigation.”

“That includes conducting standard air and maritime transits through the Taiwan Strait in the next few weeks,“ he told reporters.

Campbell did not confirm what kind of deployment would be made to support the maneuvers, saying he had no “comments about either the nature of our crossings or the timings across the Taiwan Strait.”

Taiwan’s foreign ministry thanked Washington for its “firm support” in a statement on Saturday that pointed to Washington’s “concrete action to maintain security in the Taiwan Strait and peace in the region”.

Criticizing China’s decision to halt cooperation with Washington on issues including the fight against climate change, Campbell said “we have and will continue to keep lines of communication open with Beijing.”

The official noted that Biden and Chinese President Xi Jinping have asked staff to arrange an in-person summit, but he declined to comment on reports that this could take place during the G20 group meeting in Bali this November.

“We don’t have anything further in terms of details on time or location,“ he said. - AFP