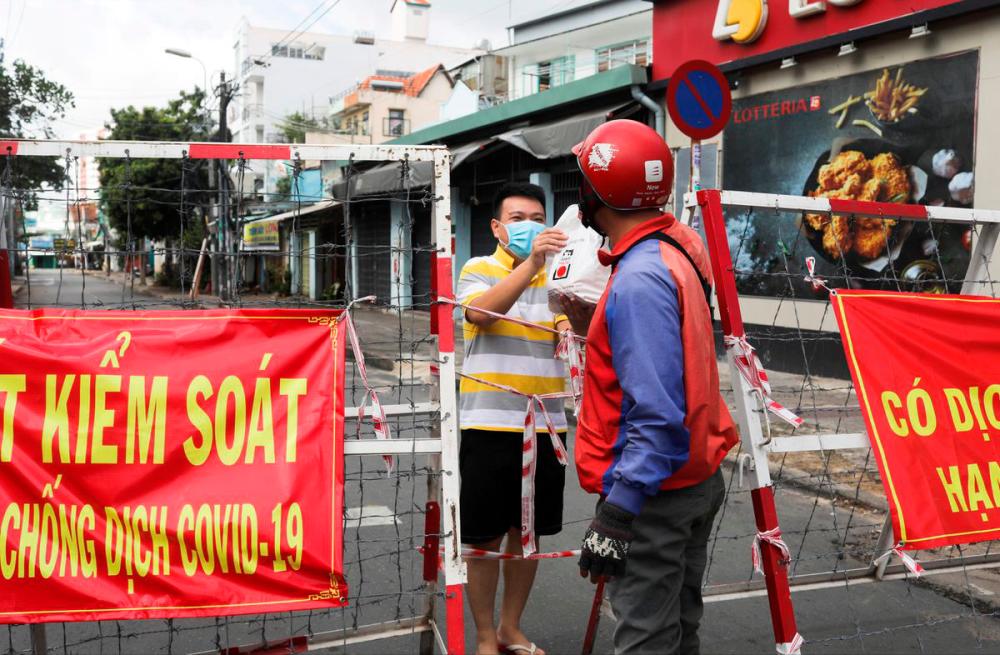 A man living in an area under lockdown receives food through a barricade during the coronavirus disease (Covid-19) pandemic in Ho Chi Minh City, Vietnam July 20, 2021. — Reuters/Stringer

HANOI: Vietnam will from Monday impose strict curbs on movement in its business hub Ho Chi Minh City and another 18 cities and provinces throughout its south for another two weeks to help combat its worst Covid-19 outbreak, the government said.

After successfully containing the virus for much of the pandemic, Vietnam is facing a rapid spread of infections that has led to movement restrictions in around one-third of the country. It has registered a total of 145,000 cases and 1,306 deaths, 85% of which were recorded over the past month.

“Authorities of Ho Chi Minh City and other places have to urge citizens to stay where they are and strictly follow the curbs,“ a government statement said on Saturday.

The Southeast Asian country reported 8,624 new infections late on Saturday, with most of the confirmed cases detected in the south, especially Ho Chi Minh City where social distancing measures have been enforced since May 31.

The central coastal city of Danang also imposed movement curbs from Saturday until further notice. In the capital Hanoi, in the north, where a lockdown order will expire next weekend, authorities were considering extending restrictions.

The Vietnamese health ministry issued an urgent appeal on Friday for private hospitals to treat Covid-19 patients as state hospitals were stretched to capacity.

The re-emergence of the virus with complicated clusters has prompted calls for the government to accelerate vaccinations.

Vietnam has a population of 98 million and has so far administered over 5.9 million doses of Covid-19 vaccine, but only around 589,000 people have been fully inoculated. — Reuters