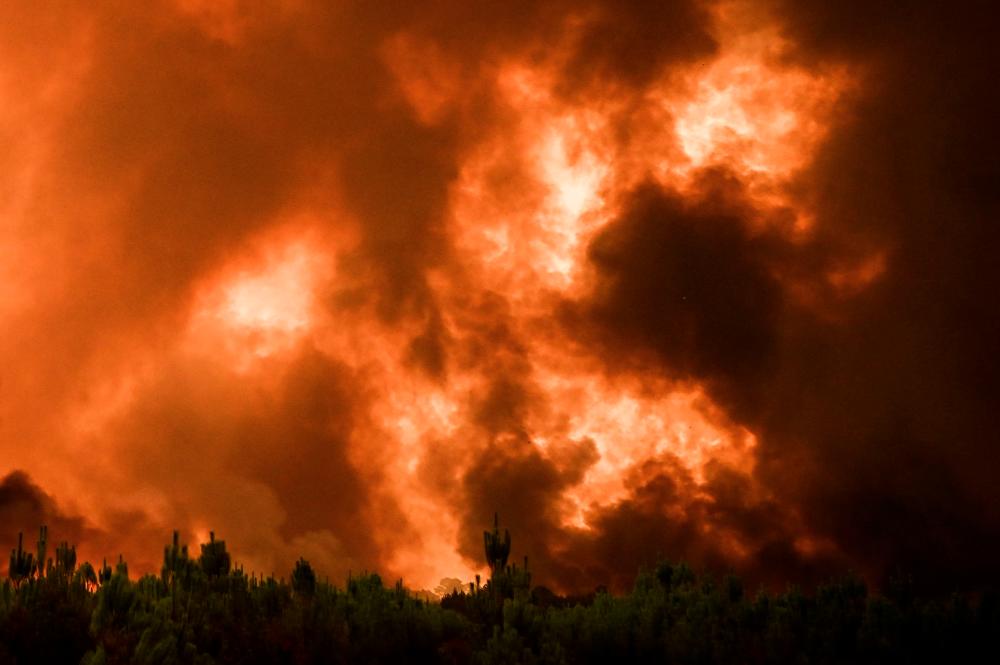 Flames burns trees during a wildfire near Belin-Beliet in Gironde, southwestern France, on August 10, 2022. - AFPPIX

MOSCOW: Some 10,000 people have been evacuated as of Wednesday in the southwestern French department of Gironde due to a wildfire, the regional prefect’s office said, Sputnik reported.

Flames have scorched 6,200 hectares (15,300 acres) of land in the region known for its vineyards and old chateaux. There were no injuries, the office of Martin Guespereau said.

A thousand firefighters have been battling the blaze. Prime Minister Elisabeth Borne promised national assistance to the region. She said she will travel to Gironde on Thursday together with Interior Minister Gerald Darmanin.

Fires have been raging across southern and southwestern France since July as extreme heat continues to blanket much of Europe. One week of fires reportedly cost France €6.6 million (US$6.8 million). - Bernama 4.Inmates undergo transformation for the better in Simpang Rengam Prison