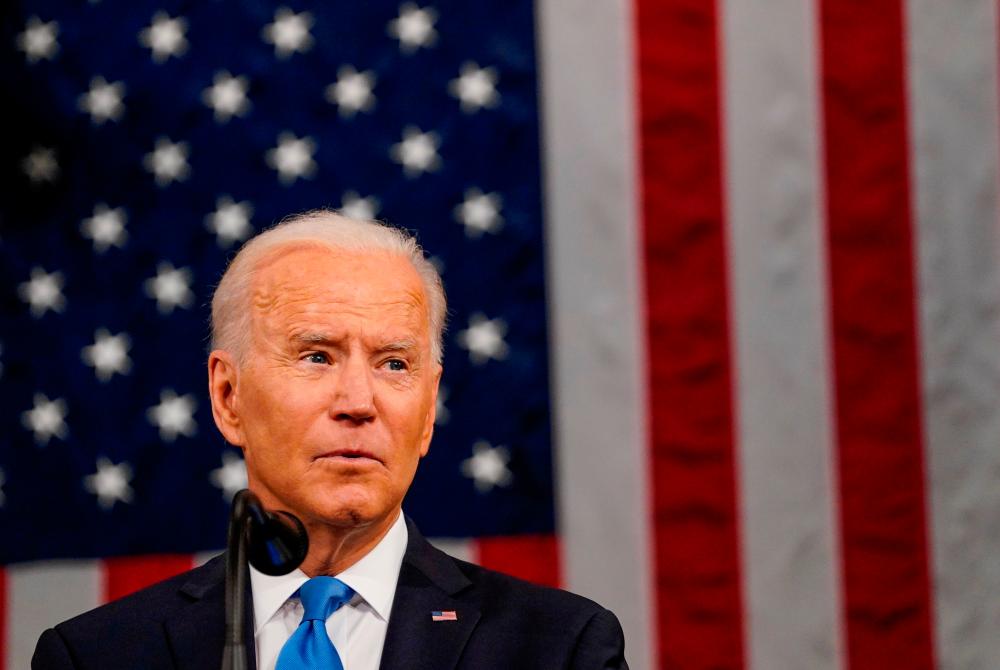 In a teleconference from the White House, the president saluted the “heroes” fighting the 66 wildfires now burning across parts of the scorched western landscape, and said more resources must be used in fighting the blazes.

“We can’t ignore how the overlapping and intertwined factors of extreme heat, prolonged drought and supercharged wildfire conditions are affecting the country,” Biden told the governors of seven western states, including California, Oregon and Montana.

“Overlaying all of this is the necessity to successfully confront climate change.”

Biden noted that since the last time he convened a meeting on wildfires one month ago, the burned acreage has doubled, to 3.4 million.

Several thousand firefighters are battling the blazes, often in dangerous conditions. At least two have died.

Some fires, including the Dixie blaze in northern California, have grown large enough that they are generating their own weather systems — and authorities are warning the conditions could deteriorate.

Biden turned to the governors to express his support and ask what they need in terms of federal assistance.

“You have your hands full, man,” he told Republican Governor Greg Gianforte of Montana, where 19 separate large-scale wildfires are raging.

At times, the video conference sounded more like a team of generals firming up battle plans.

“I think it’s all about aggressive initial attack and getting more proactive in our forest management,” Gianforte told Biden, saying clearing more brush, which acts as kindling, is critical for reducing the threat.

California Governor Gavin Newsom said the crises “transcend politics,” and that the firefighting operations need “more boots on the ground” and more airtankers that can drop flame retardant chemicals on the fires.

Biden made a pitch for his infrastructure plan now before Congress, which reserves billions of dollars for wildfire management and forest protection. — AFP 4.Protests break out at funeral of Iranian woman who died after morals police arrest