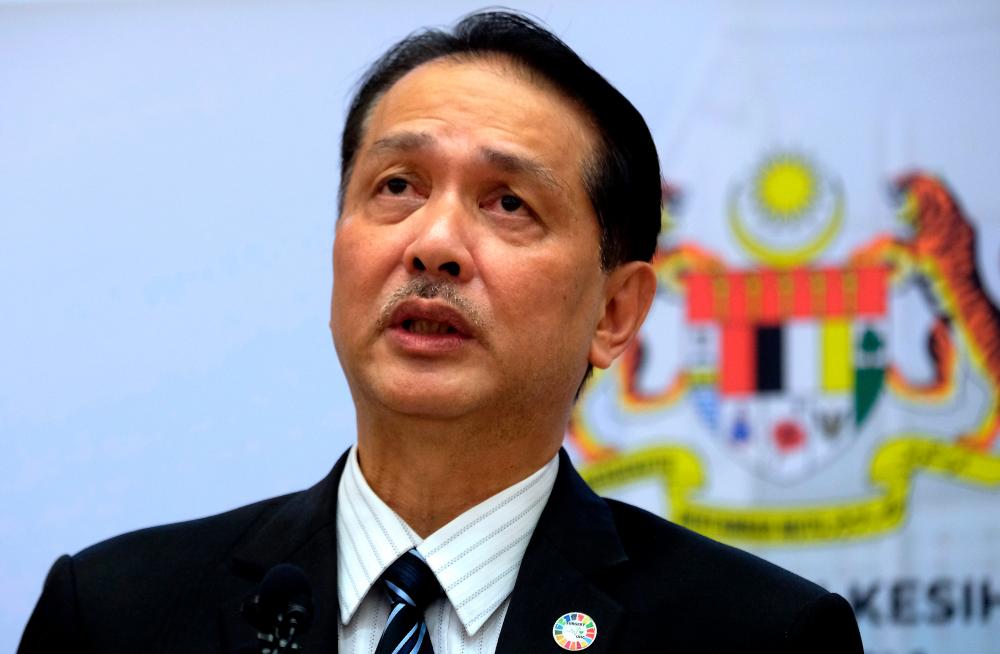 PETALING JAYA: The Health Ministry has announced that as of 12pm today, there were 23 new cases of Covid-19 reported, leading the total number of cases to rise to 8,884.

“Out of that number, there are 1,617 active cases being treated in the hospital, with 3 cases being admitted to the intensive care unit (ICU) and 2 needing ventilation assistance,“ said Health director-general Datuk Dr Noor Hisham Abdullah, in a statement today.

He also said 17 have since recovered from the Covid-19 infection, leading the number of recoveries to rise to 8,594.

Noor Hisham also said there were no deaths reported, maintaining the number of deaths at 123.

Out of the 23 new cases reported, 6 were import cases from overseas and 17 are local transmissions.

Meanwhile, Noor Hisham said there exists two new clusters which has been detected today. These are the Bukit Tiram cluster and the Kuching construction company cluster.

They experienced symptoms on July 15 but did not receive any treatment from any medical facilities. Then they conducted a Covid-19 screening and were confirmed positive on July 24.

“As of today, there are two positive cases and 10 close contacts that are identified in this cluster. All 10 have been screened and are still awaiting results, and active case detection is ongoing. The source of infection is still under investigation,“ he said.

The second cluster had their first case detected on July 11 and 55 other close contacts were identified, consisting of five housemates and 50 colleagues.

“All contacts were screened and were found negative. But, this cluster was identified when there exists a positive case detected through repeated screenings of these close contacts,“ he said.