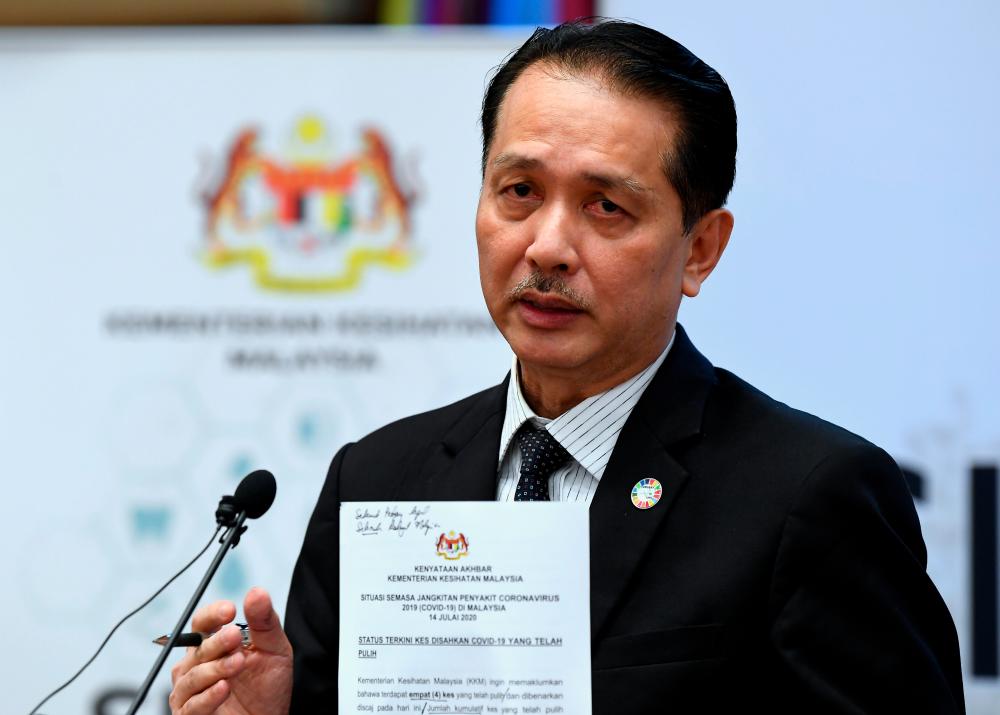 PETALING JAYA: The Ministry of Health (MoH) reported three new Covid-19-positive cases as of 12pm today, involving one Malaysian and two foreigners. This brings the total number of infections in the country to 8,737.

Health director-general Datuk Dr Noor Hisham Abdullah said out of three new cases, one was an imported case involving a Malaysian and the remaining two were through local transmission comprising two foreigners.

Noor Hisham said there were no Malaysians infected with the virus through local transmission as of today.

He added, the other two new cases among the foreigners were found after a screening test was conducted at the Wilayah Persekutuan Immigration Detention Depot (DTI), while another case was detected in Sarawak.

Twelve patients were discharged today, bringing the total number of those who have recovered to 8,538.

Three patients remain in the intensive care unit (ICU), with one of them requiring ventilator support.

The number of active cases who are receiving treatments are 77.

However no fatalities were reported today and the death toll remains at 122.