Malaysians have been cheated up to RM4.2m in face mask sales fraud 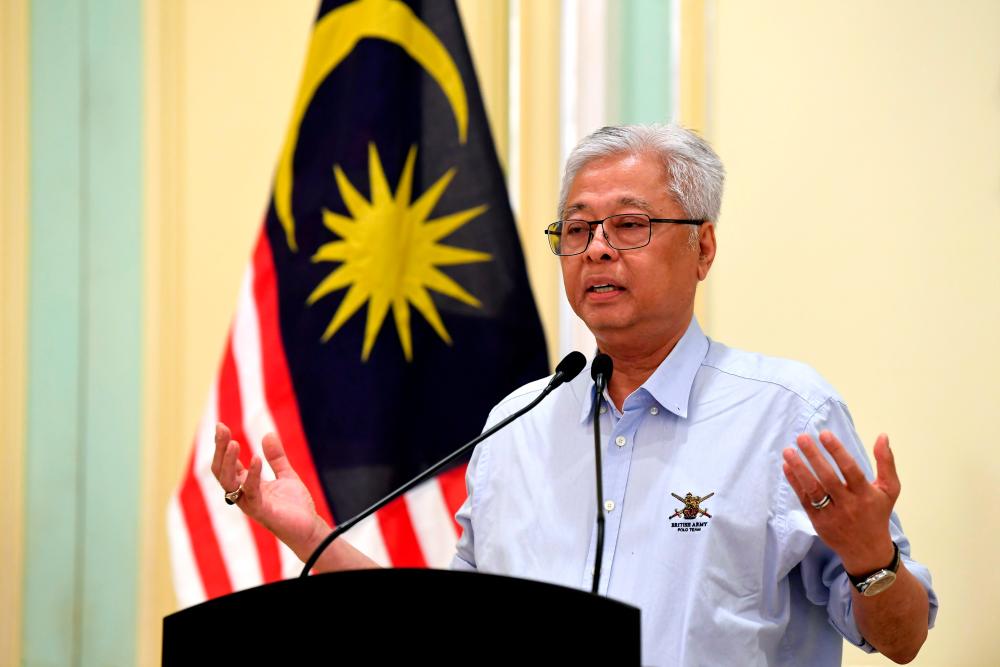 Senior Minister Datuk Seri Ismail Sabri Yaakob (pix) said buyers have been cheated of up to RM4.2 million during this time, based on information received from the police.

“Their (scammers) modus operandi is through social media and even face-to-face. The police will take stern action, and we hope the people are more careful,” he told a press conference, here today.

Ismail Sabri urged the people to be more wary before making purchases and not to be easily deceived.

“Consumers can check the bank account of the seller before making payment, through the Commercial Crime Investigation Department’s ‘Semak Mule’ portal, or by checking on the www.biztrust.ssm.com.my website,” he said.

Meanwhile, Ismail Sabri said, a total of 15,924 people have already been arrested since the start of the movement control order (MCO) on March 18, with 1,174 nabbed on Sunday alone.

He also urged Malaysians to adhere to all orders during this MCO period, noting that more were beginning to flout the order.

On foreigners who violate the order, Ismail Sabri said that for those with valid travel documents, similar action would be taken against them as would a Malaysian citizen.

“This means they will be arrested, remanded and brought to court. For those without proper documents, they will be brought straight to Immigration Department’s depot for the next course of action,” he said.

According to the minister, the police and Malaysian Communications and Multimedia Commission have also initiated 229 investigations on cases of fake news relating to Covid-19.

Of this, 161 are still under probe, 24 have been charged in court, 13 have pleaded guilty, 11 were given warning notices, while no further action was taken against 33 of them.

Separately, Ismail Sabri gave an assurance that essential food supply are still more than sufficient during the MCO, claiming they are able to meet current and future needs.