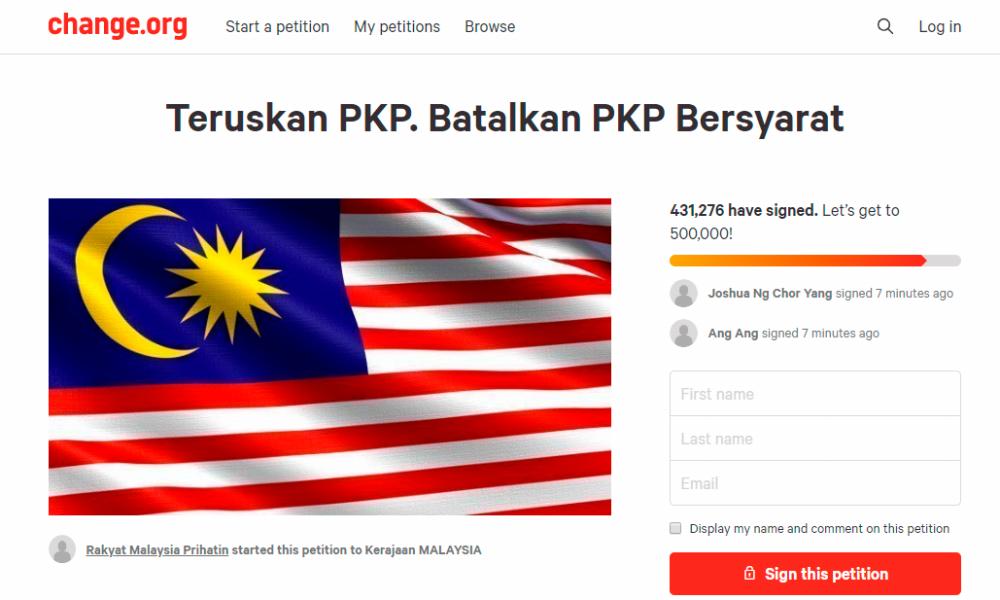 Screenshot of the petition.

AN online petition made urging the government to continue the movement control order (MCO) has garnered almost 500k signatures.

This came after prime minister Tan Sri Muhyiddin Yassin’s announcement on Friday that some public and private sectors would be allowed to operate to restart the economy starting from May 4.

Some of the points highlighted in the petition include:

- Asking the government to learn from the same mistakes of countries which ended their movement control order too early.

- Genuine concerns to ensure frontline workers do not become be too exhausted.

- Request for the government to not bow down to capitalists who only prioritise their profits without considering health matters and the welfare of employees.

- Continue MCO for the future of our country.