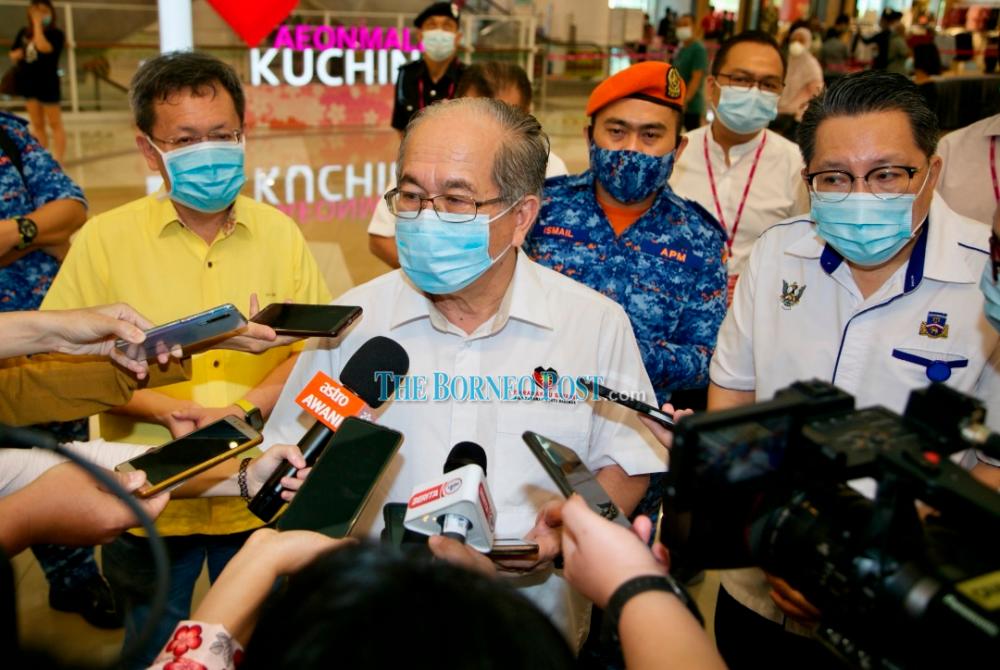 The SDMC chairman said the random tests need to be conducted as there were foreign workers and a site supervisor who were tested positive for Covid-19.

“We may start conducting the tests next week. We need to conduct such tests as we not only have the Covid-19 to worry about, we also other diseases to worry about such as rabies and dengue as well,” he said when speaking to reporters at the AEON Mall Kuching today.

Uggah said the government will determine whether it is compulsory for foreign workers to undergo test or evaluated when working in Sarawak only after the results of the random tests have been obtained.

Uggah said as the Chief Minister Datuk Patinggi Abang Johari Tun Openg is concerned about the places where construction site workers stay during the time of Covid-19 pandemic, there is also need for such places to be built according to a standard operating procedure (SOP) which complies with the social distancing rule.

“The state government have requested that the Public Works Department (JKR) come up with the SOP for places for construction site workers to stay, especially for the government projects. We will also assist the contractors to build them too,” he added.

Meanwhile, Uggah said the state government is now monitoring its borders to curb the entry of illegal foreign workers to the state.

Known ‘Op Benteng’ or ‘Ops Benteng Covid’, Uggah said that there is a need for Sarawak to monitor its border because there are a number of cases related to foreign workers in the state recently.

“So far, we were able to catch illegal immigrants who wanted to enter the state. Most of them were foreigners who were seeking employment in the state without a valid permit,” he added.

Most recently, twenty-six foreigners have been arrested under the ‘Ops Benteng Covid’, conducted by the General Operations Force (GOF) in Serian.

The two-day operation, which kicked off on Thursday, focused on close monitoring of ‘jalan tikus’ (illegal routes) connecting Sarawak to Kalimantan, Indonesia. Those arrested, all men, were found to have entered Sarawak without any valid travelling documents.

As for now, only Indonesians with valid working permits will be allowed to come and work in Sarawak, provided their employers pay for the cost of their quarantine and Covid-19 screening tests.