The beginning of Perodua’s journey towards electrification 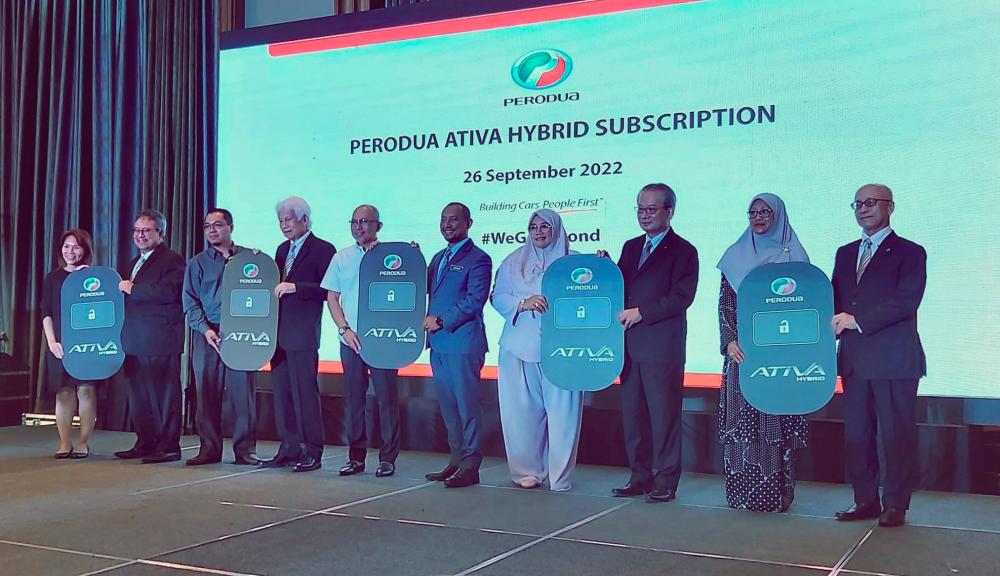 PERODUA today officially started its unique study program which involves members of the public using a Perodua Ativa Hybrid in their daily lives. The program is for the purpose of gaining insights into usage of electrified vehicles in Malaysia and the information will help Perodua in its electrification journey.

“The Perodua Ativa Hybrid would be the best vehicle for us to gain unique insights on Malaysian behaviour as a controlled group, as this data will be used to anticipate our customers’ needs when using an electric vehicle,” said Perodua President & CEO, Dato’ Sri Zainal Abidin Ahmad.

With the support of Daihatsu Motor, Perodua’s partner, as well as assistance from MITI, 300 units of the Daihatsu Rocky Hybrid have been imported for the purpose. The Rocky is the model which the Ativa has been adapted from, and the units for the program have been given Perodua identities.

The 300 ‘testers’ were invited to participate through a subscription plan where they will pay RM500 a month for 5 years. Like other subscription plans, the one from Perodua covers scheduled maintenance, vehicle insurance and roadtax.

However, at the end of the 5 years, the vehicles will have to be surrendered to Perodua and the owners will not have the option of acquiring them. In fact, we heard that the vehicles are likely to be scrapped as they are not permitted for resale.

During the 5-year period, the owners – who are staying in the Klang Valley, Penang and Johor Bahru – will be interviewed periodically for reports on their experiences with the Ativa Hybrid. While hybrid vehicles are not new in Malaysia (Honda Malaysia began selling such vehicles in 2003), Perodua believes understanding of the technology may not be widespread and through this program, they will also be able to see how people perceive the idea of electrification.

Dato’ Sri Zainal Abidin said that there are no plans to offer a locally-made Ativa Hybrid but did not rule out the possibility of hybrid versions for other models in future. The bigger picture is to gain knowledge and understanding so that the company can develop battery electric vehicles (BEVs) in future, which is the ultimate goal.

As Perodua has always made sure its products are affordable for Malaysians, the same aim will also be applied for electric vehicles. At this time, the technology is expensive and it will be a challenge to develop a low-priced BEV with the sort of quality that Perodua has a good reputation for.

The other aspect of the program is the subscription plan which is an alternative to the traditional buying and selling of cars (ie hire-purchase). “While we believe that vehicle ownership will still be our bread and butter; there is a possibility that a vehicle subscription business model may be acceptable for more users in the near future,” Dato’ Sri Zainal Abidin explained.

Subscription plans are not new to Perodua and have been offered to the corporate sector through its EZ MOBi service since January 2021. The company will now be listening to how the public feels about such an approach being available to individuals.