The Beetle successors that never were

It is almost always impossible to come up with something better than an icon... 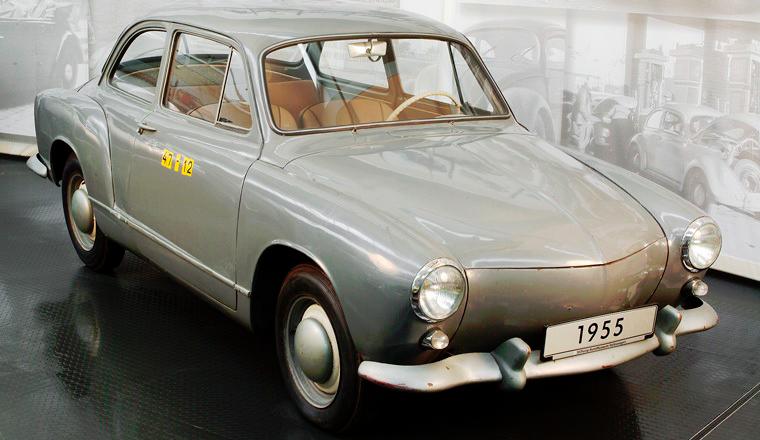 THE Volkswagen Beetle is an icon and we all know that. Over the years, it has symbolised many different things to many different people, from a classic example of German ingenuity to the calling card for a counterculture movement to a reminder that the simplest of things can sometimes be the best. Above all, it set the standard by which all other small, economy cars are judged.

From the beginning of the modern Volkswagen, the Beetle was a boom car for affordable transportation in Europe and elsewhere; and by 1952 it was sold in 46 countries. Eventually, it would be built in 14 countries around the globe. More than 21.5 million were sold before the final, modern-generation Beetle rolled off the assembly line in 2019.

Yet the longevity of the Beetle was far from assured. Starting in the early 1950s, Volkswagen considered more than 70 potential replacements and off-shoots of the Beetle – but found that the original offered a unique mix of values that couldn’t be easily replicated.

It wasn’t until the Golf hatchback launched in 1974 that the true successor for the Beetle arrived. Here’s a look at some of the would-be heirs to the Beetle that never made it into production.

Number 12 of 15 prototypes produced between 1953 and the end of 1956, the EA47-12 (pix, above) was VW’s first attempt at creating a modern successor to the Beetle. It was the first of many Beetle replacements designed by Italian automobile designer Ghia, which is probably why it looks like the quirky Karmann Ghia.

The car was powered by a 1,192cc four-cylinder boxer air-cooled engine with a power output of 30hp. In addition, it boasted a transverse link front axle, torsion bar rear suspension, and fully synchronised gearbox – unique technology for the time. Top speed was 80km/h.

Volkswagen began toying with the idea of developing a car positioned below the Beetle in terms of size, performance and price in 1953. The result was the boxy EA48. Some call it the first “City Car,” an accolade bestowed upon the British Motor Corporation’s (BMC) Mini because the EA48 never went into production.

The EA48 was also the first prototype designed in-house without any input from Porsche. None of the components from the Beetle were carried over to the EA48; instead, engineers decided to start from scratch. The front-wheel-drive vehicle featured unibody construction, a front-mounted 0.7-litre air-cooled, flat-twin 18hp engine and a McPherson-type front suspension. It had a top speed of 97km/h.

Reportedly, the EA97 project was abandoned while workers were prepping its assembly line and after 200 pilot cars had been assembled by hand. The development of this rear-engine two-door vehicle began in 1957. It featured a more pontoon-shaped body and a 1.1-litre engine.

What was the problem? “It was positioned too close to the Beetle and the Type 3,” according to the AutoMuseum Volkswagen website.

The Type 3 released in 1961 gave motorists a more upmarket alternative to the Beetle. This elegant Cabriolet prototype was built for people who wanted a convertible. The folding convertible top featured a glass rear window. Sadly, it was shelved out of fear the model would create internal competition with the Karmann Ghia convertible.

The EA128 was Volkswagen’s vision for a large luxury car. The four-door vehicle was marketed as a six-passenger vehicle (albeit a tight fit) and was powered by a 2.0 litre air-cooled horizontally-opposed engine borrowed from the Porsche 911, which also debuted in 1963.

While developing the Type 4, which made its debut in 1968, Volkswagen experimented with various body styles, including this elegant EA142. The rear engine hatchback sported the same 1.7-litre engine that would appear in the production version of the Type 4.

This was the inspiration for the original Golf, which was sold as the Rabbit in the U.S. The front-wheel-drive hatchback was boxier than many of the other Beetle replacements. Though this car is outfitted with the same air-cooled flat-four-cylinder engine as the Beetle, VW changed to a four-cylinder, water-cooled inline engine before releasing the Rabbit in 1974.

One of the more innovative replacement candidates was the EA266 (pix, bottom). It was developed with assistance from Porsche and a team led by Ferdinand Piech, the grandson of Ferdinand Porsche, who would later become chairman of the Volkswagen group in 1993.

The mid-engine hatchback features a water-cooled four-cylinder 1.6-litre engine mounted under the rear seat in a longitudinal configuration with the transaxle directly behind it to save space. Despite the sporty design and Porsche DNA, the EA266 fell short of the assembly line – destined for the museum floor instead.