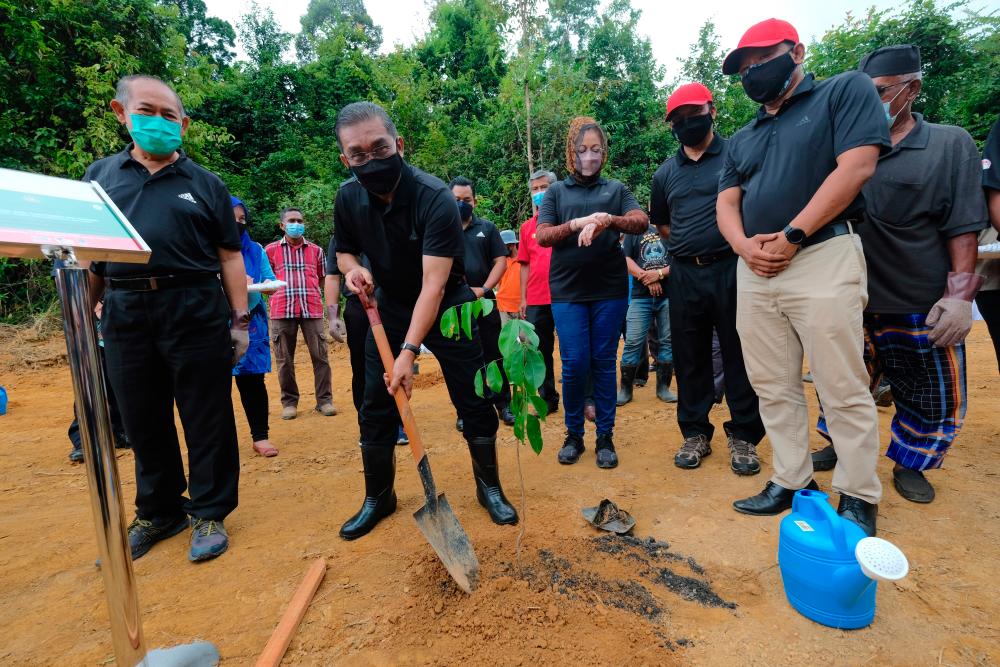 LANGKAWI: Some 17 million tree saplings of various species have been planted nationwide so far under the Malaysian Greening programme in the 2021-2025 100 Million Tree Planting Campaign.

Minister of Energy and Natural Resources Datuk Seri Takiyuddin Hassan(pix) said he is confident that this year’s target of planting 20 million trees can be achieved.

“Hence the ministry is encouraging the public to be dedicated to the task of planting various species of trees to ensure the campaign’s goal.

“In Kedah, we have planted 600,000 trees so far under this campaign,“ he said at a media conference after a submission of Letter of Intent ceremony for a solar initiative held at Tanjung Lembung Pier here today.

He said the ministry also encouraged leaders and community representatives to include planting of trees as a gimmick in their social programmes.

Earlier, Takiyuddin participated in a tree-planting campaign with the community at Kampung Chandek Kura, Kedawang, Langkawi at Compartment 1 of the Bukit Malut Forest Reserve here.

In that programme, 1,000 saplings of the Merbau, Petai, Kundang and Asam Gelugor species including forest trees were planted over a three-hectare site.

The effort to re-plant trees in that area was to grow a green cover following its destruction by irresponsible parties.-Bernama