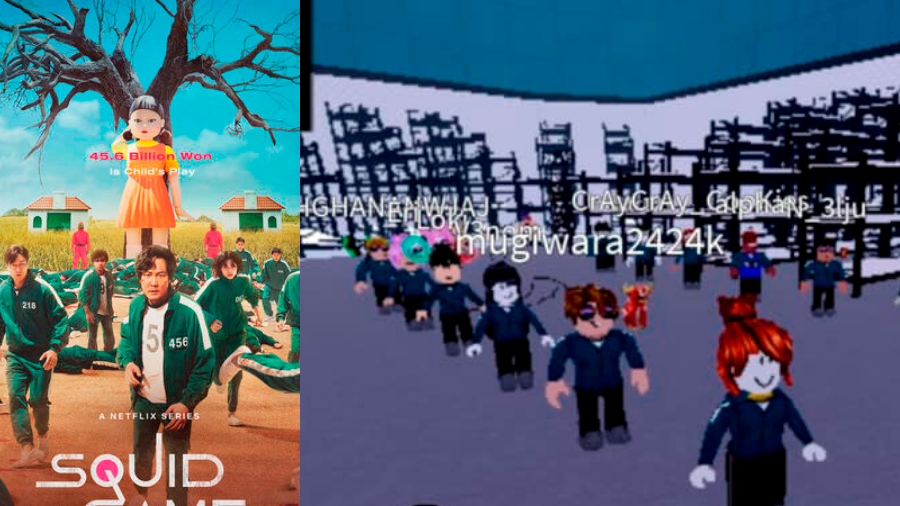 SOME people who watched Squid Game, a Netflix South Korean drama series, may not initially appreciate the significance of the obscured plot as it is by the gory violence and death scenes.

However, when we pay closer attention to the background scenario of the cramped flats and pitiful elderly folks who are ubiquitous throughout the episodes, we will come to realise that low-income households in South Korea are struggling to meet the rising cost of living, which results in rising household indebtedness, among other things.

As Gi-hun, Sang-woo and Sae-byeok – the main characters of Squid Game – can not pay off their debts or meet associated household expenses, they decide to begin an unknown but intriguing adventure in the form of deadly childhood games in order to earn quick money from the organiser, known as the Pink Masked Management.

However, as over 200 players have died from the first game (i.e., Red Light, Green Light), the remaining survivors decide to enact the third clause of Squid Game, the vote on whether or not to continue the game.

At first, 100 players voted to stay with another 100 players voting to stop the game. When Player 001 (i.e., the last player who cast his vote) voted not to continue, the Pink Masked Management sent all 201 players home.

Despite Gi-hun, Sang-woo and Sae-byeok voting not to continue, none of them are able to find another way to earn money or escape their indebtedness upon returning home for a few days.

Therefore, they changed their minds and risked their lives by continuing the remaining five games.

Squid Game, among other real-world experiences, epitomises the grim and harsh reality endured by lower-income groups, especially in relation to indebtedness.

Although South Korea’s underclass aspires to raise their economic status, they often face barriers in achieving higher disposable income due to soaring house prices and limited upskilling and job opportunities.

During the past five years, apartment prices in South Korea have surged 70%, pushing the average price of an apartment in Seoul beyond US$1 million.

In addition, the number of unemployed or underemployed young people in South Korea has grown every year since 2017.

And even though South Korea has the highest share (i.e., at 68%) of young adults aged 25 to 34, with tertiary education of all Organisation for Economic Cooperation and Development countries as of 2019, the unemployment rate among South Korean youths reached an all-time high at 27.2% in January 2021.

In revealing the living environment of Gi-hun, for example, this South Korean drama series highlighted that he had to stay in a semi-basement apartment with scant sunlight and confined space.

In reality, Gi-hun’s case is not isolated or unique in both the context of South Korea and Malaysia.

Both countries have had a rise in household debt in recent years.

In fact, South Korea and Malaysia are like twins in this regard since the former has the highest household debt in Asia, with Malaysia trailing behind in second place.

During the pre-pandemic era, the South Korean household debt-to-gross domestic product (GDP) ratio was 87.3% at the end of 2016.

As of end-June 2021, the South Korea Financial Services Commission stated that it rose to 104.2%.

On the other hand, Malaysian household debt rose from RM1.27 trillion in 2020 to RM1.34 trillion as of end-June.

The Covid-19 pandemic also revealed the vulnerability of the social protection system, particularly among self-employed individuals.

As earnings among the self-employed can be highly variable, they may not have the ability to commit to annual premiums or may not have enough credit rating scores to gain access to loans from the banks.

When they cannot access loans from formal financial institutions, their last resort is to borrow money from moneylenders, with high or exorbitant interest rates.

Moreover, Employees Provident Fund (EPF) chief strategy officer Nurhisham Hussein estimated that only 3% of Malaysians could afford retirement due to the massive Covid-related withdrawals (i.e., i-Sinar, i-Lestari and i-Citra) over the past two years.

While these withdrawal measures provided some financial relief to members during the pandemic, they have inevitably led to 6.1 million contributors now having less than RM10,000 in their EPF accounts.

With lesser savings available for them to spend within the next few months, the EPF anticipated a significant drop in the percentage of members meeting the basic savings threshold (RM240,000 at age 55) from 36% in 2020 to an estimated 27% by the end of 2021.

When EPF contributors exhaust all of their savings, they will fall deeper into poverty and debt.

They might not be able to afford buying daily necessities to sustain their living.

Moreover, the EPF predicted that members will have to work an extra four to six years to rebuild their savings.

As both Malaysians might find it hard to find another decent job at their official retirement age of 60, they have to deplete outstanding savings or secure loans to start small businesses.

As rising household debts and depleting retirement savings are fast become priority policy issues that have been made acute by the pandemic, EMIR Research would like to propose the following policy recommendations for the government to consider:

Incorporate financial literacy as part of the education curriculum from primary school level. While teachers educate students on the difference between income, savings and expenses, parents should show good examples for their children – identifying what to spend first (prioritise).

For instance, if children require a laptop for online learning, then the item becomes an essential item – spending priority – rather than e.g., a toy or even a piano.

Parents could also advise their children to purchase clothes or shoes only when there are year-end sales. While enjoying discounted prices, children also will have extra money to spend on other items such as food and books.

Stimulate new employment with a focus on the lower M40 and B40 groups. Those who have lost jobs should receive support from employment services and reskilling programmes that target their entry or re-entry into work.

After the training, the government should continue monitoring their progress for a minimum of six months to ensure the programmes have long-lasting positive effects.

The government and government-linked entities (Socso, EPF) should come up with a holistic and systematic assessment on the current social protection/security policy environment to improve welfare among the self-employed and elderly, while ensuring they are protected during retirement.

Eliminate bureaucratic processes and delays that prevent the lower M40 and B40, self-employed and elderly from accessing the benefits they urgently require.

There must now be a sense of urgency on the part of the government and stakeholders to work out a strategy and roadmap towards achieving sustainable retirement savings for all and viable job opportunities that cuts across age groups.